10 NFL Stars Who Must Conquer The Injury Bug

It’s one of the most utilized phrases in NFL discussions throughout the offseason.

Some of the league’s best players shine like the brightest stars in the sky when they are healthy, but injuries dim their shimmer considerably.

Considering the violent nature of the game of football, though, this isn’t surprising.

It is unfortunate, however, that men with such amazing talents struggle to use them on a consistent basis. That said, their struggle isn’t unique, which is why so many of us can relate to the disappointment they face when they get injured, and to the hope that comes with recovery.

Some of the upcoming players have dealt with chronic injury issues, others are coming back from their first major stint on the league’s Injured Reserve list, and there is one wild card in the bunch.

Let’s start with the wild card.

After what happened to Pierre-Paul over the 4th of July weekend, he’s the easy pick to start this list.

The Giants pass-rusher faces a couple of months of recovery before he can come close to stepping onto the gridiron for a game, but all parties are hopeful it will happen.

Nobody has a clue how he’ll perform, however, after losing his right index finger and losing out on valuable training time this summer. If he does come back and performs at the same high level that we all know him for, then the Giants will be much scarier on defense.

When healthy, Smith ranks among the elite, yet he’s been banged up so much in his career most casual fans don’t have a clue about just how good he is.

Not a non-QB on a Super Bowl contender coming off injury and more important to his team's future success than #Ravens CB Jimmy Smith.

Ravens fans know. Of that you can be sure.

With many questions looming regarding Baltimore’s secondary as a whole, the Ravens and their fans are counting on the talented cornerback to stay on the field this year. After missing time due to injury in three of his four seasons, that’s no lock.

After suffering the loss of both Patrick Willis and his replacement Chris Borland to surprise retirements, 49ers fans have been chanting this mantra consistently: “If Bowman can return to form then the Niners defense will be ok.”

They cling to this “if” like it was the Ring of Power.

And who can blame them?

Bowman, a three-time First-Team All-Pro, was actually better than Willis before suffering his ugly knee injury against Seattle in the 2013 NFC Championship Game. If he comes back the same player he was before getting injured, then San Francisco’s defense will be strong this year.

When healthy, it’s hard to find another playmaker as explosive as Spiller.

The running back can find the end zone from anywhere on the field, both running and catching the football.

But injuries have slowed down his upward trajectory as an elite player. Banged up for much of the 2013 season, Spiller missed almost half the next year with a collarbone injury in 2014.

If he stays on the field this year, then Saints fans will grow accustomed to watching Spiller carve his way through defenses for a monster season playing with Drew Brees and company on the fast track at the Mercedez-Benz Superdome.

If Alonso is healthy enough to play the entire season for the Eagles, then Philly’s defense could be scary-good up front.

The talented young linebacker opened up his career with a tremendous rookie campaign in 2013, showcasing a rare combination of athleticism, speed and smarts. He finished the season with four interceptions, two sacks and a forced fumble.

A season-ending injury before the 2014 campaign put a damper on things, however, and he was offered as trade bait this spring to the Philadelphia Eagles, who offloaded running back LeSean McCoy in the deal.

Eagles fans better pray Chip Kelly ends up looking like a genius after making the deal.

It’s interesting that Harvin landed with Buffalo the same offseason Spiller left, as both players offer similar traits as football players. Both are explosive, fast and fluid movers who can score six points on any given play.

It’s been since 2011 that Harvin has played all 16 games in a season, however. He’s constantly getting banged up, thanks in large part to the reckless way he plays the game.

Never lacking in confidence, Harvin told reporters this spring, “The world has yet to see me really explode like I’m about to,” per ESPN’s Mike Rodak.

If healthy, then Harvin certainly has the talent to explode for a huge season. Whether or not he gets the help he needs from the quarterback position is another thing entirely.

At his best, Gronkowski is not only the best tight end in the NFL, he’s among the top overall players at any position.

But since the 2011 playoffs, it’s been hard keeping him on the field. Due to a bevy of injuries to his ankle, forearm, back and knee, the boisterous Gronkowsi has missed 15 regular-season games.

It’s going to be interesting to see how his body holds up this upcoming season, because the Summer of Gronk 2015 has been wild and crazy.

If not for his many knee injuries, Lee would undoubtedly be mentioned among the top inside linebackers in the game today. He suffered his third career ACL injury before the 2014 season, but the Cowboys are hopeful Lee can anchor the defense again this year.

When able to perform, Lee has been special.

With 11 career interceptions, including two touchdown returns, the linebacker’s athleticism and instincts in the passing game are superb. 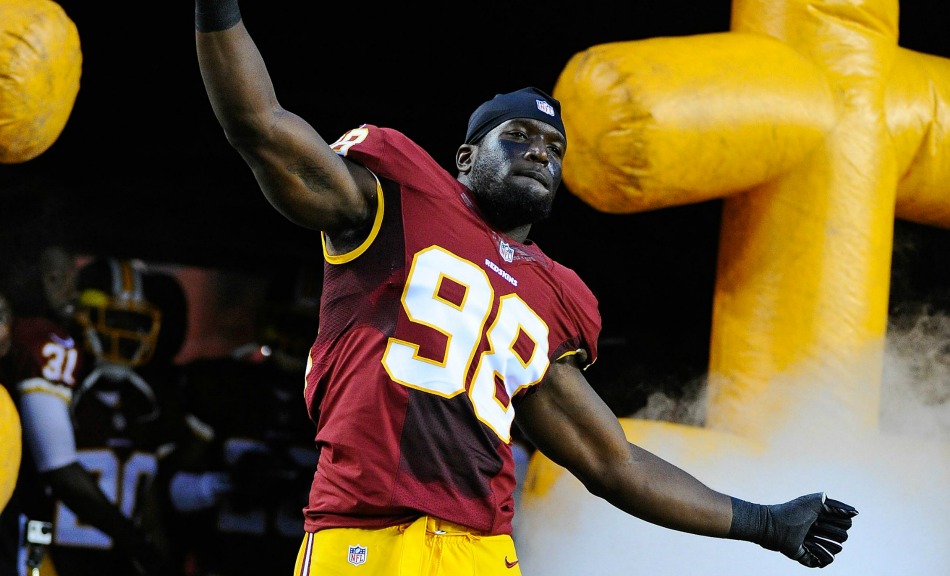 A torn pectoral muscle is kind of freaky. It doesn’t happen often in the game of football, yet Orakpo has experienced the agony not once, not twice, but three times in the span of four years.

Not surprisingly, he’s made an adjustment to his offseason training since the third injury:

The talented outside linebacker is determined to come back again after missing the 2014 season, and he’s with a new team this year. Playing for Dick LeBeau in Tennessee, Orakpo should return to the form that saw him rack up 39 sacks in four full seasons with Washington.

Anybody who watched Clowney abuse the competition in the SEC during his days at South Carolina knows he is a veritable freak of nature. His combination of size, quickness, agility and power is not only rare, it hardly ever happens.

Clowney lost most of his rookie campaign, undergoing painful microfracture surgery. Despite the grueling nature of the recovery process with this injury, the Texans are hopeful the pass-rusher will live up to the expectations that come with being selected No. 1 overall.

"I've been encouraged and impressed. He's doing well. We expect him to be a major contributor this year." – Smith on Clowney's progress.