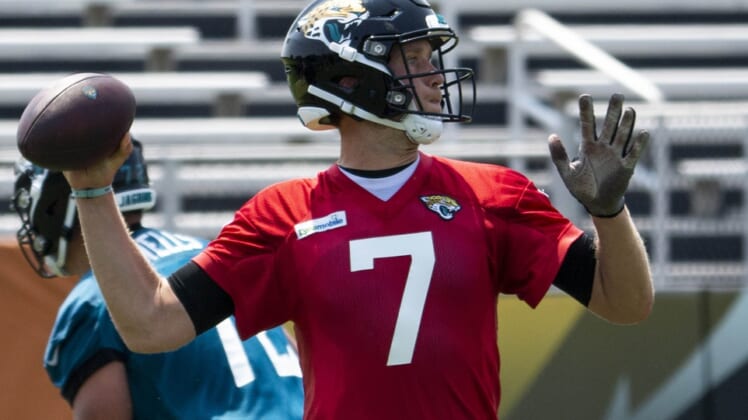 By the time the third week of NFL’s preseason starts, fans are clamoring for an end to the exhibition slate. These are the same fans that mourned the ending of football back in February.

It’s in this that we give you 10 NFL preseason games that you must absolutely watch this summer.

We’re not expecting stud second-year quarterback Baker Mayfield to play much for the Browns. Though, he should see at least one possession with new acquisition Odell Beckham Jr. acting the part of Mayfield’s battery mate. On the other side, we’re highly intrigued to see Redskins first-round pick Dwayne Haskins make his debut. The quarterback has a real chance to start as a rookie. It should be fun.

Will Jimmy Garoppolo make his return from the torn ACL he suffered Week 3 of last season? Given that he’s 100 percent right now, we’d absolutely bank on it. With a plethora of new weapons, it will be interesting to see how Garoppolo brings everything together. In Dallas, the storyline will obviously be more about Ezekiel Elliott’s potential holdout. Even if he doesn’t play Week 1, we’re intrigued to see if the All-Pro back will be with his team or holding out.

While Nick Foles will likely make his Jaguars debut Week 1, this game against his former Eagles team is a must watch. The former Super Bowl MVP signed a massive contract to be Jacksonville’s franchise quarterback back in March. He’ll now likely go head-to-head for Carson Wentz, who is returning from injury. With both quarterbacks likely to go a full quarter, onlookers will be able to compare and contrast.

This game is rather important in that it will represent Cam Newton’s first extensive action since undergoing off-season shoulder surgery. It also comes against a Patriots defense that will be coordinated by head coach Bill Belichick for the first time in eons. What better environment could the former league MVP ask for as he looks to prove naysayers wrong? We’re also interested to see how Carolina’s new-look offensive line looks in front of Super Cam.

The third week of the NFL preseason is the closest to regular season action. Starters generally play for three quarters, making it a major tune up for Week 1. This game sees Baker Mayfield, Odell Beckham Jr. and a potentially dominant Browns offense go head-to-head with a new-look Bucs team under first-year head coach Bruce Arians. It will also feature former No. 1 pick Jameis Winston as he enters a make-or-break year. Yeah, Tampa will be rocking for this late-summer game.

Rookie No. 1 overall pick Kyler Murray will be tasked with playing a full three quarters against one of the most-dominant defenses in the NFL. The reigning Heisman winner can prove his worth as a true Day 1 starter with a tremendous performance here. It’s not going to be easy with the likes of Everson Griffen, Danielle Hunter and Linval Joseph breathing down his neck. That’s magnified by Arizona’s questionable offensive line.

Sam Darnold and Le’Veon Bell. It’s a really talented backfield in Jersey. And this game will be the first time the two play significant action with one another. It will also come against a vastly improved Saints defense with elite-level performers at every tier. If first-year head coach Adam Gase wants to contend for a playoff spot this season, it starts Week 3 against a Super Bowl contender. It will be a good barometer of where the Jets stand.

Jimmy Garoppolo’s return to the scene of the crime less than a year after he suffered a torn ACL in Kansas City. The quarterback is doing so while he’s expected to play three quarters. That is all sorts of crazy. Meanwhile, Dee Ford returns to Kansas City after the Chiefs traded the Pro Bowl pass rusher to San Francisco in March. You couldn’t ask for two larger storylines in a tune up for the regular season.

Joe Flacco making an appearance in Los Angeles as the Broncos prepare for the regular season. Rams defensive coordinator Wade Phillips taking on his former team. Hollywood might be filled with the glitz and glamour, but this is about the best we can ask for in a preseason game. That’s only magnified by Jared Goff taking on a new variation of the “No Fly Zone” as he looks to put the struggles of late last season and the playoffs behind him. How fun.

Why? Both teams are expected to finish in the cellar this coming season. There’s no real reason to watch this game, right? That’s until we realize that first-year Bengals head coach Zac Taylor will be calling a real game for the initial time in his career with the starters playing the vast majority of the action. We’re also intrigued to see how reigning NFL Rookie of the Year Saquon Barkley performs against a good Bengals defense without former running partner Odell Beckham Jr. in the mix.