10 NFL players that retired at the height of their careers

Reports surfacing Wednesday that New England Patriots quarterback Tom Brady has not committed to playing next season really got us thinking. Could Brady in fact call it quits after two consecutive Super Bowl appearances and while still playing at an elite level?

It would be titanic decision for Brady, one that would change the entire landscape of the NFL. But a player retiring when he’s still at the height of his career is nothing new.

From multiple Hall of Fame running backs hanging up their cleats at young ages to two offensive tackles that have to be named among the game’s best, here are 10 NFL players that retired at the height of their careers.

Having put up three consecutive 1,000-yard seasons for the Vikings, Smith entered the 2000 campaign as one of the best all-around running backs in the game. He responded by putting up a league-high 1,521 yards on the ground to go with another 348 through the air en route to the Ohio State product’s second Pro Bowl appearance.

Unfortunately for a Vikings team that was coming off a division title, this is the last we would see of Smith on the football field. At the age of just 28 and with only eight years of NFL experience under his belt, Smith abruptly announced his retirement from the game. Smith was a trendsetter of sorts in that he retired in large part to avoid the mental health problems that have since plagued the league, per The News-Herald in Minnesota.

Tired of losing in Western New York and wanting to spend more time with his family, this underrated pass rusher retired following the 2009 season. It came just two years after he signed a massive seven-year, $50.5 million contract with the Bills and caught the team by surprise in a big way.

In Schobel’s final NFL season, he recorded 56 tackles and 10 sacks. He ended his Bills career having missed out on the playoffs in each of his nine seasons. Schobel also left a cool $35-plus million on the table by walking away from the game. That’s the stunner here.

One of the only players we’re including in this article that saw injuries force him from the game, Boselli was among the best offensive tackles in the history of his game during a career that spanned just seven seasons. The first ever selection of the expansion Jaguars, this USC product earned a Pro Bowl appearance in five of his first six seasons. Unfortunately, a chronic shoulder issue forced Boselli from the game before he came close to even his 30th birthday.

Since his retirement, Boselli has been bandied about as a potential Hall of Famer. He was also named to the NFL 1990s All Decade Team and is considered by NFL Films to be one of the top players not inducted into the Pro Football Hall of Fame. Oh, what could have been. 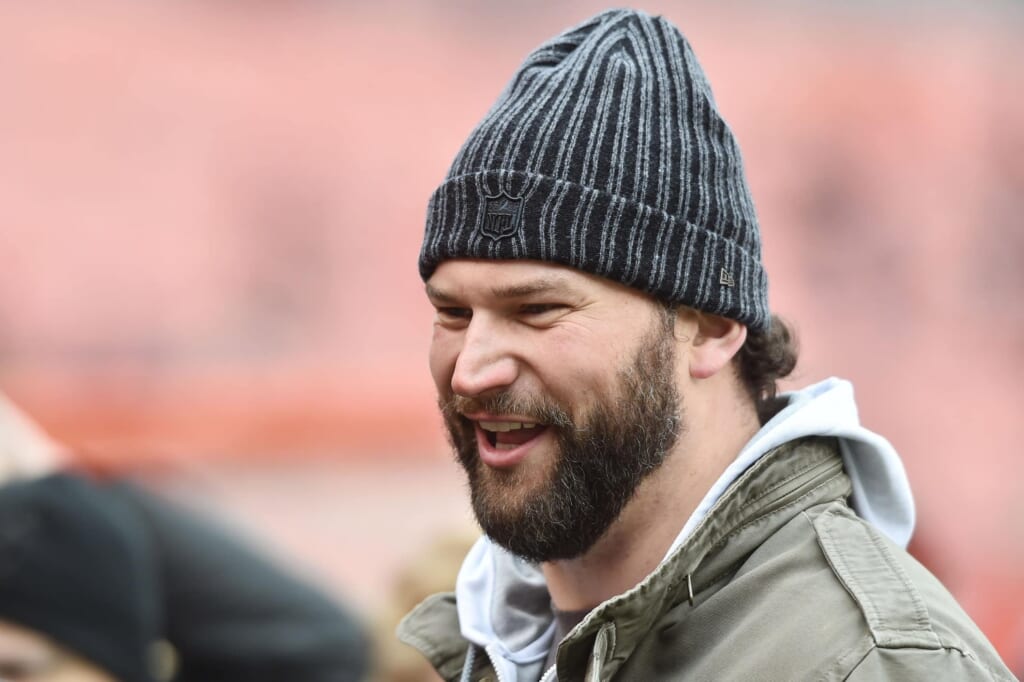 Football’s true iron man, Thomas didn’t miss a single snap for the Browns from the time he was drafted No. 3 overall back in 2007 to midway through this past season. He earned a Pro Bowl nod in each of his first 10 seasons in the NFL and was the face of a franchise that simply couldn’t get out of its own way during that span.

Thomas’ decision to retire this offseason didn’t necessarily catch a lot of people by surprise. And despite the fact that he suffered a triceps injury last season, there’s a good chance that Thomas would have remained the best tackle in the game. Alas, he ends his career as arguably the best left tackle in the history of the NFL. Thomas started all 167 games in which he appeared during an 11-year career in Cleveland.

Perhaps the greatest linebacker in NFL history during the height of his career, Willis drew fear into opposing offensive players like no other player since either Ray Lewis or Lawrence Taylor. More than that, he was a true playmaker in every sense of the word. During a four-year span from 2009-12, Willis recorded 500 tackles, defended 35 passes, forced 11 fumbles and picked off six passes.

Still only 29 at the time, Willis announced his retirement from the NFL following the 2014 season. He ended his 49ers career having earned five All-Pro nods and seven Pro Bowl appearances in just eight seasons. He should be considered a first ballot Hall of Famer.

Barber attempted to make a comeback in 2011, more than a half decade after his retirement. At 35 years old, no one would bite. But this three-time Pro Bowler certainly did end his career on a high note. Over the course of his final three seasons, from 2004-06, Barber recorded a combined 6,613 total yards and 31 touchdowns. Those were Le’Veon Bell type number before the world even heard of Le’Veon Bell.

It’s an interesting dynamic to look at. Barber was north of 31 years old at the time of his retirement. That’s when running backs seemingly slow down. Instead, it seems that he got stronger with age. Whether he would have been able to sustain that success over the long haul remains to be seen. 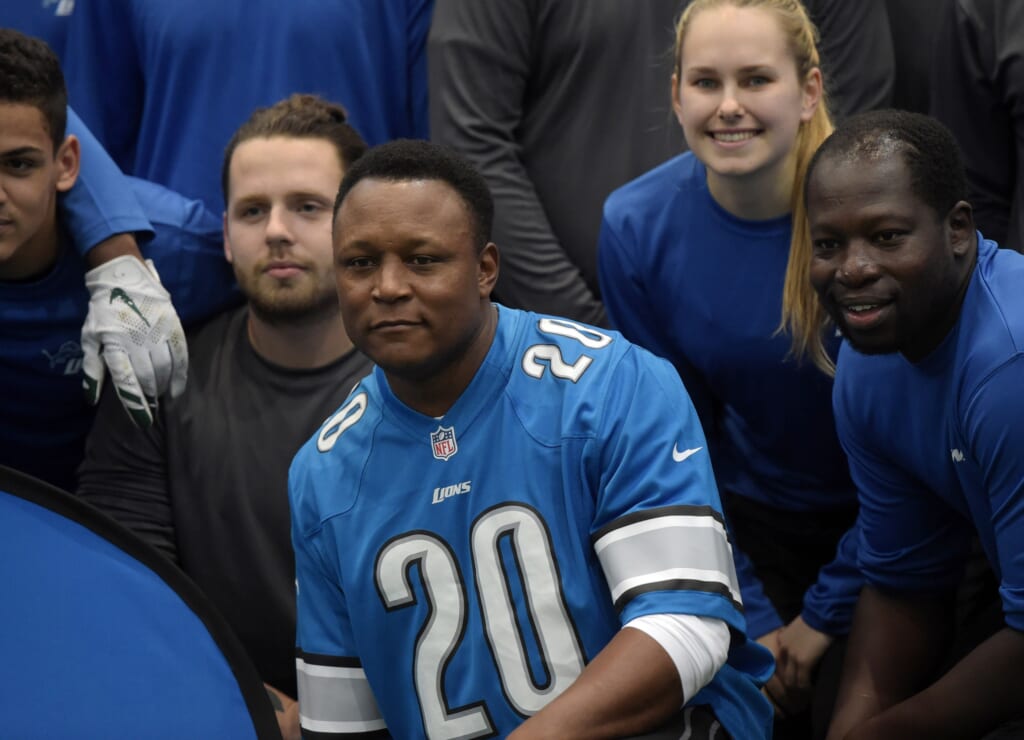 Sanders left the Lions in complete shambles when he retired on the eve of training camp back in 1999. It came after just 10 seasons in the NFL, all of which saw the Hall of Fame running back earn a Pro Bowl nod. He was just 30 years old at the time of his announcement and was coming off a 1998 campaign that saw the former Heisman winner tally 1,780 total yards. All said, Sanders put up nearly 10,000 total yards in his final five NFL seasons.

Unlike those who have retired earlier than expected recently, Sanders told me that his decision to walk away from the game had very little do with mental health concerns. Instead, he was sick of losing and being the only real top-level player on a Lions team that won one playoff game during Sanders’ 10 seasons.

In hindsight, it’s a really good thing that Young decided to call it quits from the NFL following an injury-plagued 1999 season. Having suffered multiple concussions, primarily due to his playing style, this Hall of Famer needed to retire. Though, at the time of his announcement, it was a bitter pill for the average NFL fan to swallow.

In his last full season with the 49ers, Young put up over 4,600 total yards to go with league-leading 42 total touchdowns en route to earning a seventh consecutive Pro Bowl nod. In fact, he made a trip to Hawaii each season after replacing Joe Montana under center in 1992. Young’s career came to a conclusion after just three games in 1999.

Much like Barry Sanders, this former Lions great walked away from the game way too soon. Much like Sanders, it had pretty much everything to do with the frustration over a losing organization. Johnson was just 30 at the time of his announcement and was coming off a 2014 campaign that saw him put up north of 1,200 yards and nine touchdowns. In just nine seasons with the Lions, Johnson recorded 731 receptions for 11,619 yards and 83 touchdowns.

Since walking away from the game, Johnson has talked a whole heck of a lot about the physical toll football took on him. He’s also been open about discussing the rampant use of opioids in the game. That, too, likely played a role in him calling it quits way too early.

Perhaps the single greatest offensive player in the history of professional football, Brown led the league in rushing in all but one of his nine seasons in Cleveland. That includes a 1,544-yard, 17-touchdown performance in his final seasons with the Browns back in 1965.

Despite playing less than a decade, the accomplishments we saw from Brown are nearly unmatched. He was an eight-time First-Team All-Pro, three-time league MVP and led the Browns to their last championship back in 1964. Concerns over Brown’s off-field issues have tarnished his legacy some. But on the field, he remains one of the greatest to ever suit up.