Week 5 of the NFL season got off to a relatively boring start as the Green Bay Packers destroyed the Minnesota Vikings 42-10 on Thursday night. Hopefully this isn’t a sign of things to come this week, especially considering that there are some pretty awesome games up and down the schedule.

On that note, there really are some favorable matchups for some of the best offensive weapons in the game. Ben Roethlisberger will lead his high-powered Steelers attack against the worst defense in the NFL in the form of the Jacksonville Jaguars on Sunday. Meanwhile, the Tampa Bay Buccaneers and New Orleans Saints will line up in a game that pits two of the most disappointing defenses in the league against one another.

Here is a look at 10 players set for huge Week 5 performances. 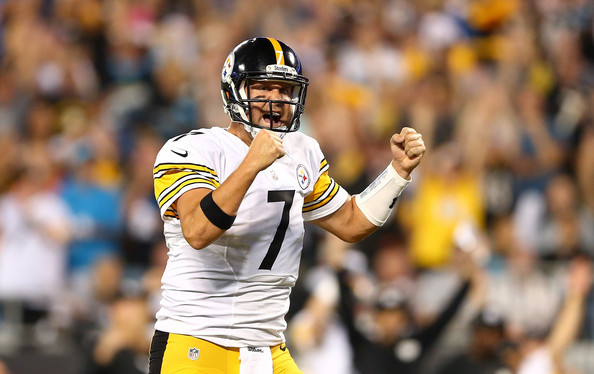 Courtesy of Zimbio: Look for a rebound performance from Big Ben and the Steelers on Sunday.

After struggling to an extent last week in a loss to the Tampa Bay Buccaneers, Pittsburgh now has the opportunity to go up against a Jaguars pass defense that ranks last in the NFL at 320.8 yards per game. Opposing quarterbacks have thrown 11 touchdowns compared to one interception for a ridiculous 115.0 rating against this unit. For Roethlisberger, it’s all about continuing the early-season success that has seen him throw six touchdowns and just two interceptions. Look for a stellar outing from the veteran here.

After falling to the Dallas Cowboys in a humiliating manner last week, New Orleans has an opportunity to get back in the win column against a Buccaneers team that has been outscored 83-17 in its last two games at the Superdome. It also doesn’t hurt that Brees and the Saints play much better at home than away. Look for the future Hall of Famer to have a field day against a defense that’s yielding a 118.4 quarterback rating through the first four games of the season.

At first glance, it makes no sense to pick McCoy as a standout performer for Week 5. After all, he’s averaging just 3.1 yards per attempt and is coming off one of the worst performances of his career against the 49ers last week. But looking further into it, the All-Pro running back should be helped a lot by the return of right tackle Lane Johnson from suspension. I am looking for McCoy to put up some huge numbers against a St. Louis Rams rush defense that is yielding 155 yards per game thus far this season. 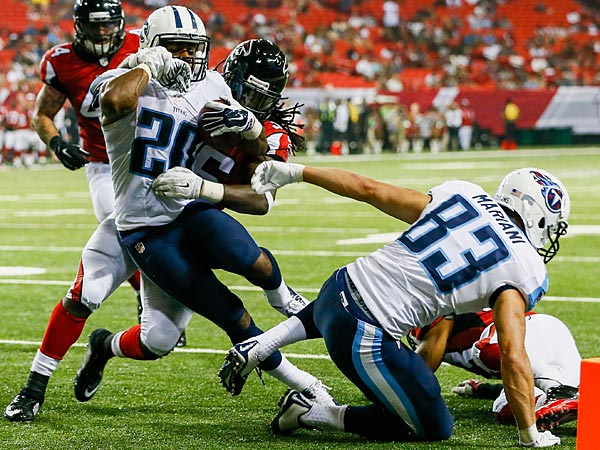 Courtesy of Philly.com: Sankey might very well have himself a breakout game Sunday against Cleveland.

Some figured Sankey would start for the Titans out of the gate as a rookie. That obviously didn’t happen, as head coach Ken Whisenhunt didn’t trust him to play an important role in the offense early on. While Sankey is still sharing reps with both Shonn Greene and Dexter McCluster, there is a good chance that Sunday’s game will be his first as a primary call carrier in the NFL. The rookie second-round pick has put up 95 yards on 16 attempts over the past two games after compiling just 28 yards in his first two games. It also helps that Tennessee will be lining up against a Browns defense that is yielding an average of over 153 rushing yards this season.

Right up there with DeMarco Murray as the most impressive running back this season, Bell should continue to see his fair share of touches against a 25th-ranked Jaguars run defense on Sunday. Much like most of Pittsburgh’s offensive weapons, this game should enable Bell to take advantage of what has been a horrendous defense through the first four weeks of the campaign. For his part, the second-year running back is averaging 5.3 yards per attempt this year. Expect the same type of performance here. 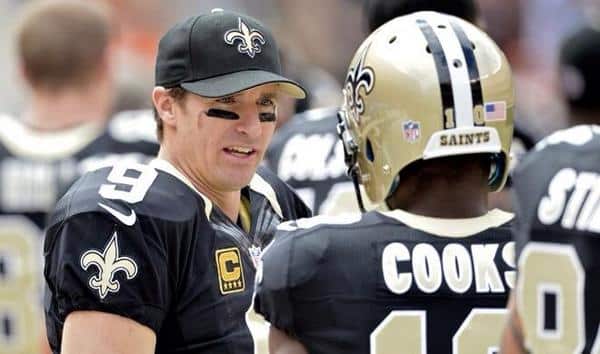 Drew Brees has already built a great relationship with Cooks, which will continue to lead to big numbers.

It didn’t take Cooks too long to overtake veteran Marques Coltson as Drew Brees’ favorite target at wide receiver. He has received 30 targets through four games and leads the team in receptions. In reality, Cooks has taken over for Darren Sproles as the Saints possession guy as a rookie. While he might not show the ability to take the ball the distance on a consistent basis, Cooks owns a great pair of hands and has been a reliable third-down option for Brees. That’s not going to change against the Buccaneers come Sunday.

Right up there among the best wide receivers in the game today, Brown’s 2014 performance makes him one of the most dominating overall players in the NFL through four weeks. He has put up 29 receptions for 427 yards and five touchdowns thus far on the young year. Now going up against a dumpster fire of a Jaguars secondary, Brown is going to absolutely destroy the stat line come Sunday. Look for the best performance of what has already been a great season for the former sixth-round pick. 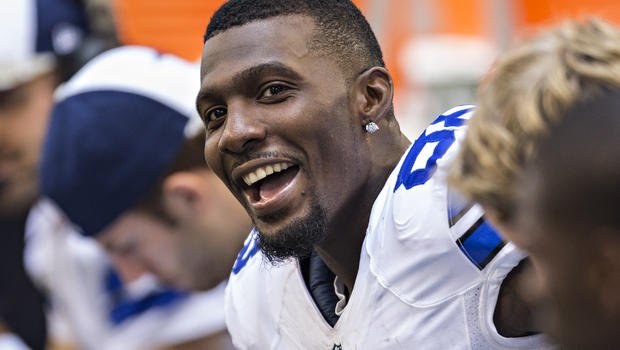 Courtesy of CBS Sports: Bryant is prepared to take his domination go an entirely new level moving forward this year.

One of the most physically imposing receivers in the game, Bryant has seen his consistency gain steam recently. He has put up 90-plus receptions in each of the last two seasons and is on pace to accomplish that feat once again in 2014. Despite his ability to make the big play down the field, Bryant has been held relatively in check this season, going for an average of just 12.7 yards per reception. With the Houston Texans set to zone in on DeMarco Murray come Sunday, there is no reason to believe that Bryant won’t have his opportunities in single coverage against a secondary that ranks in the bottom half of the NFL against the pass. This is an indicator that he’s set for a rather big day.

Unfortunately for fans in New Orleans, Graham has been held in check to an extent this season. While he did put up a garbage time touchdown against Dallas last week, the all-world tight end disappeared for the most part in that blowout loss. Don’t expect a repeat performance against a Buccaneers team that is yielding an average of 7.3 receptions per game to opposing tight ends. This is only magnified by the fact that starting safety Dashon Goldson is going to be out of action. Look for a breakout game from Graham in this one.

Why the heck not? Walker has been one of the most dynamic pass-catching tight end through the first four weeks of the season and is now on pace to record nearly 1,300 yards and 12 touchdowns. Despite being listed as questionable for Tennessee’s Week 5 matchup with the Cleveland Browns, Walker practiced on Thursday and appears ready to go. That’s going to be huge for a Titans team looking to rebound from three straight losses, especially considering Cleveland is giving up over six receptions per game to opposing tight ends.