10 NBA teams that can’t wait for the New Year 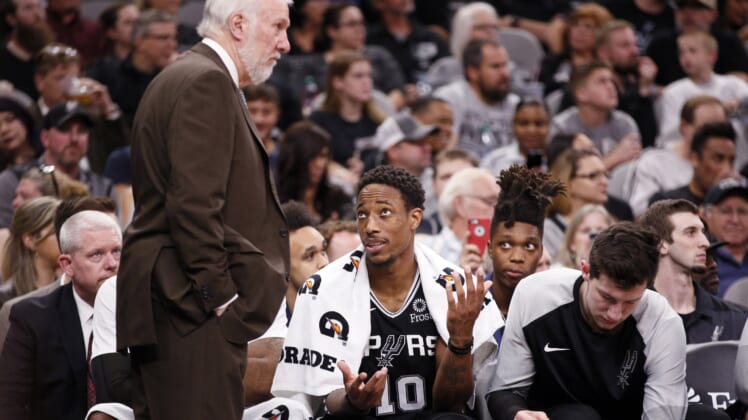 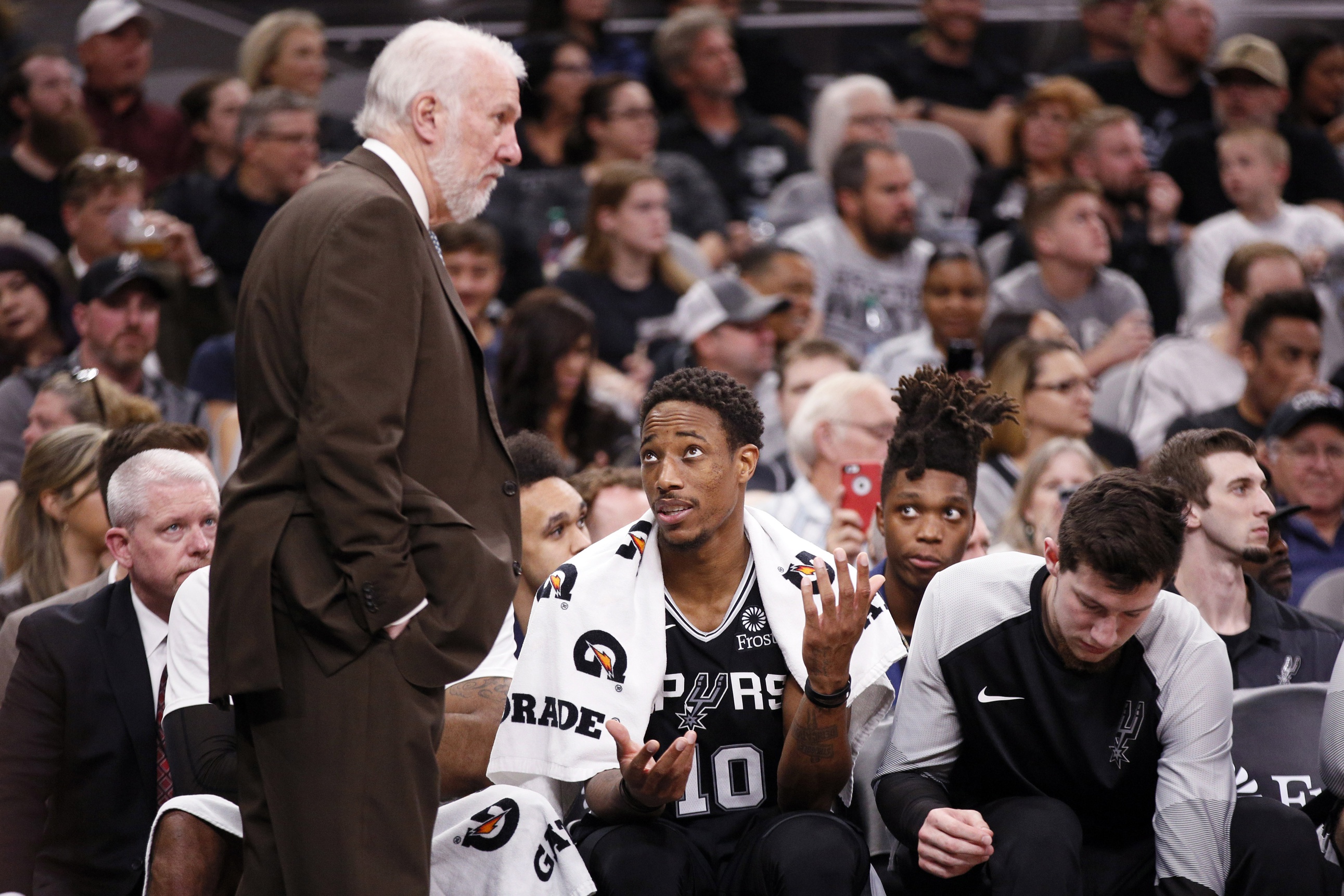 It’s the time in the calendar that we start to make New Year’s resolutions that most of us can’t keep. Stop drinking. Go on a diet. Work out more. You know the drill.

For most of us, the New Year brings a renewed sense of hope. Starting with a clean slate. For these 10 NBA teams, said New Year could not come soon enough.

From a drama-filled season in Chicago to the defending champs in Oakland struggling through the first couple months.

Here’s a look at 10 NBA teams that can’t wait for the New Year. 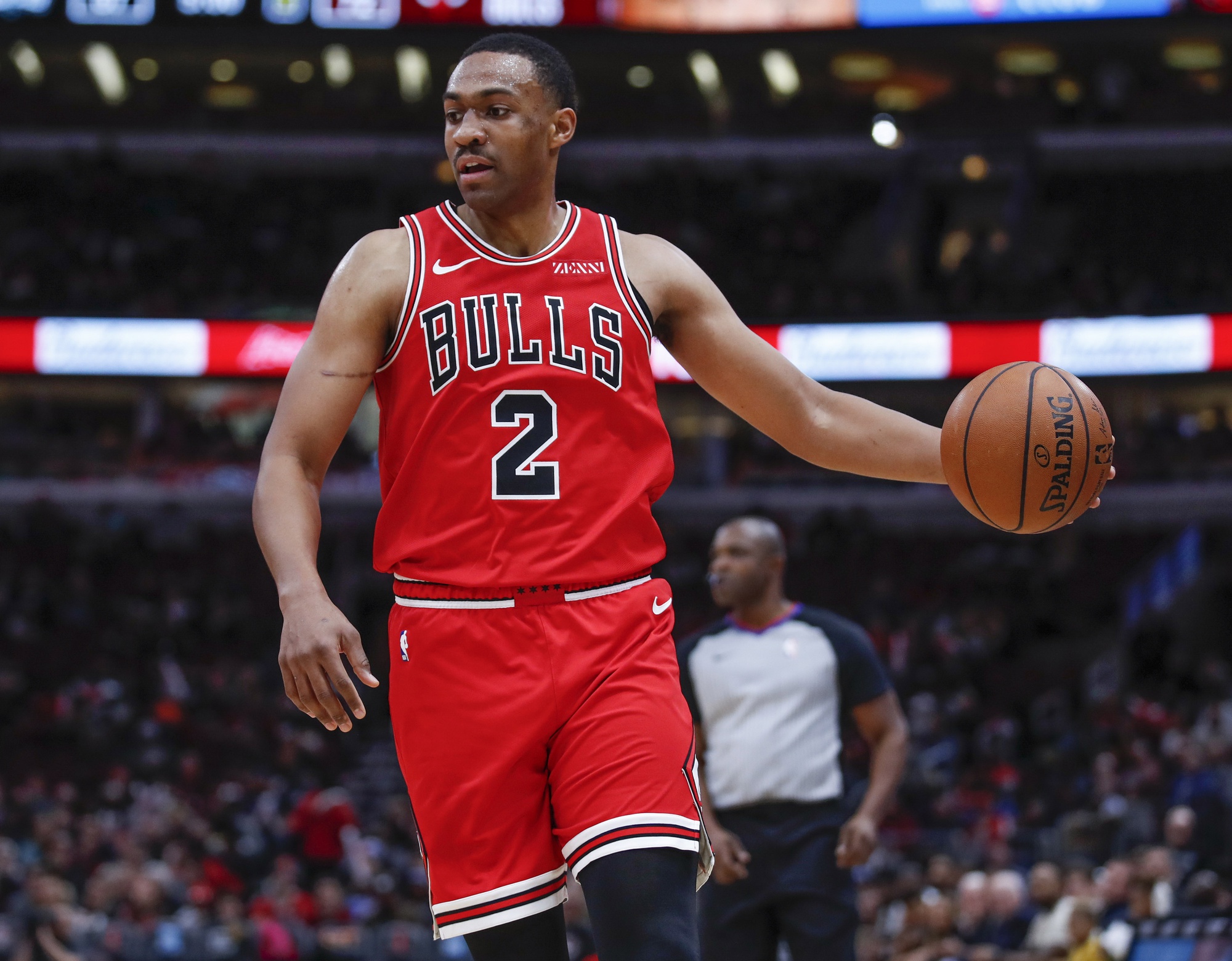 The firing of head coach Fred Hoiberg was a long time coming for this downtrodden organization. Unfortunately, drama has been the name of the game in the Windy City since interim coach Jim Boylen took over. A rift has grown between Boylen and his players — potentially leading to a dumpster fire as the remainder of a lost season plays out.

Equally as damning, Chicago heads into mid December with a disastrous 6-22 record. It ranks dead last in points per game and in the bottom eight in points allowed. Injuries to the likes of Bobby Portis, Lauri Markkanen, Kris Dunn and Denzel Valentine certainly hasn’t helped matters here, either. 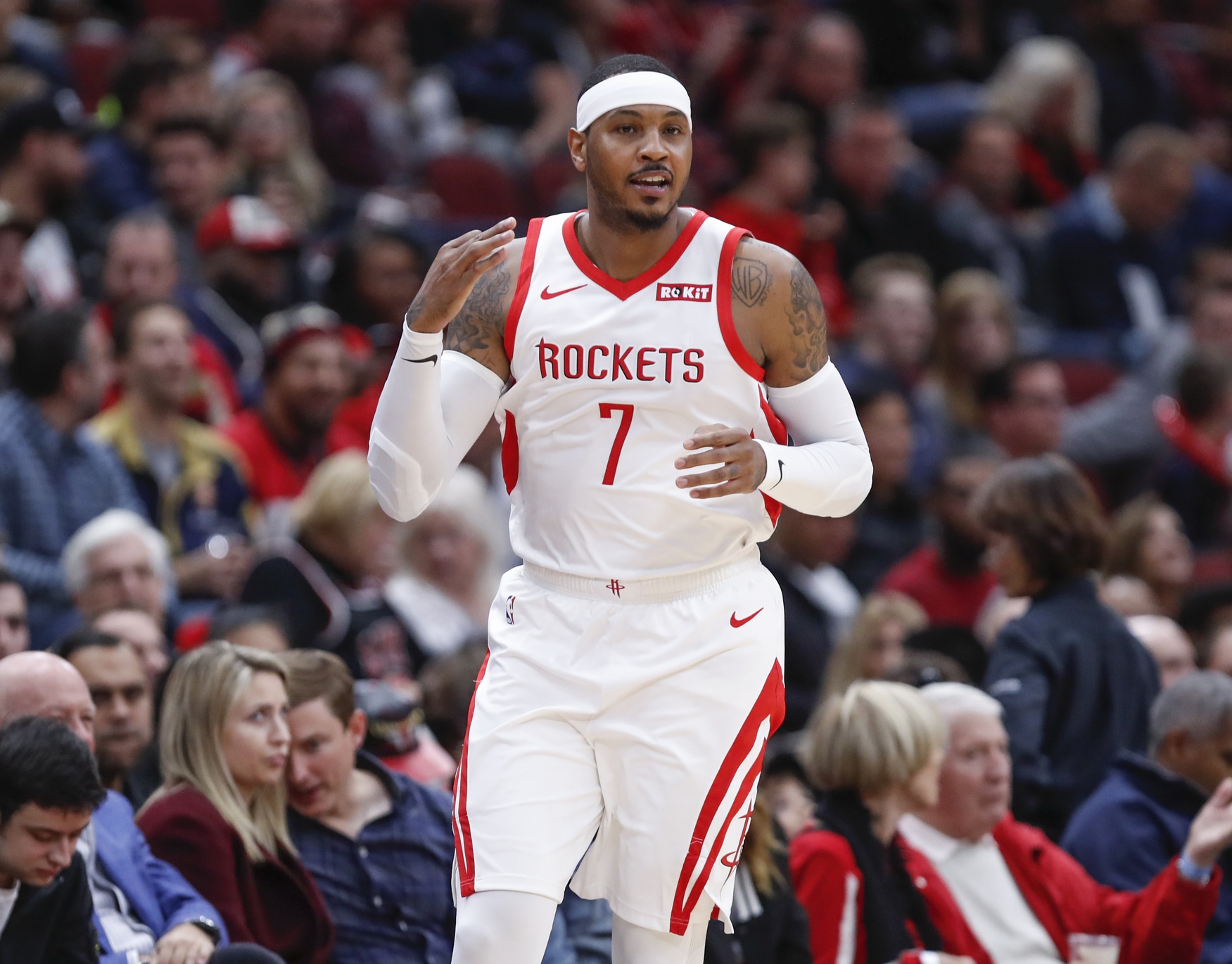 It seems like ages ago that these Rockets were one win away from dethroning the Golden State Warriors in the Western Conference Finals. Mike D’Antoni and Co. entered the 2018-19 season with clear championship aspirations. Adding Carmelo Anthony to the mix seemed to play into this even more.

Unfortunately for the Rockets, everything that could go wrong has gone wrong this season. They entered Thursday’s action with a 12-14 record — the second-worst mark in the Western Conference. The duo of James Harden and Chris Paul has not been anywhere near as dominant as last season. Meanwhile, Houston is getting absolutely no production from its bench. The Rockets have to hope New Year’s Day brings about a change. If not, the team’s championship window would have closed before it really even opened. 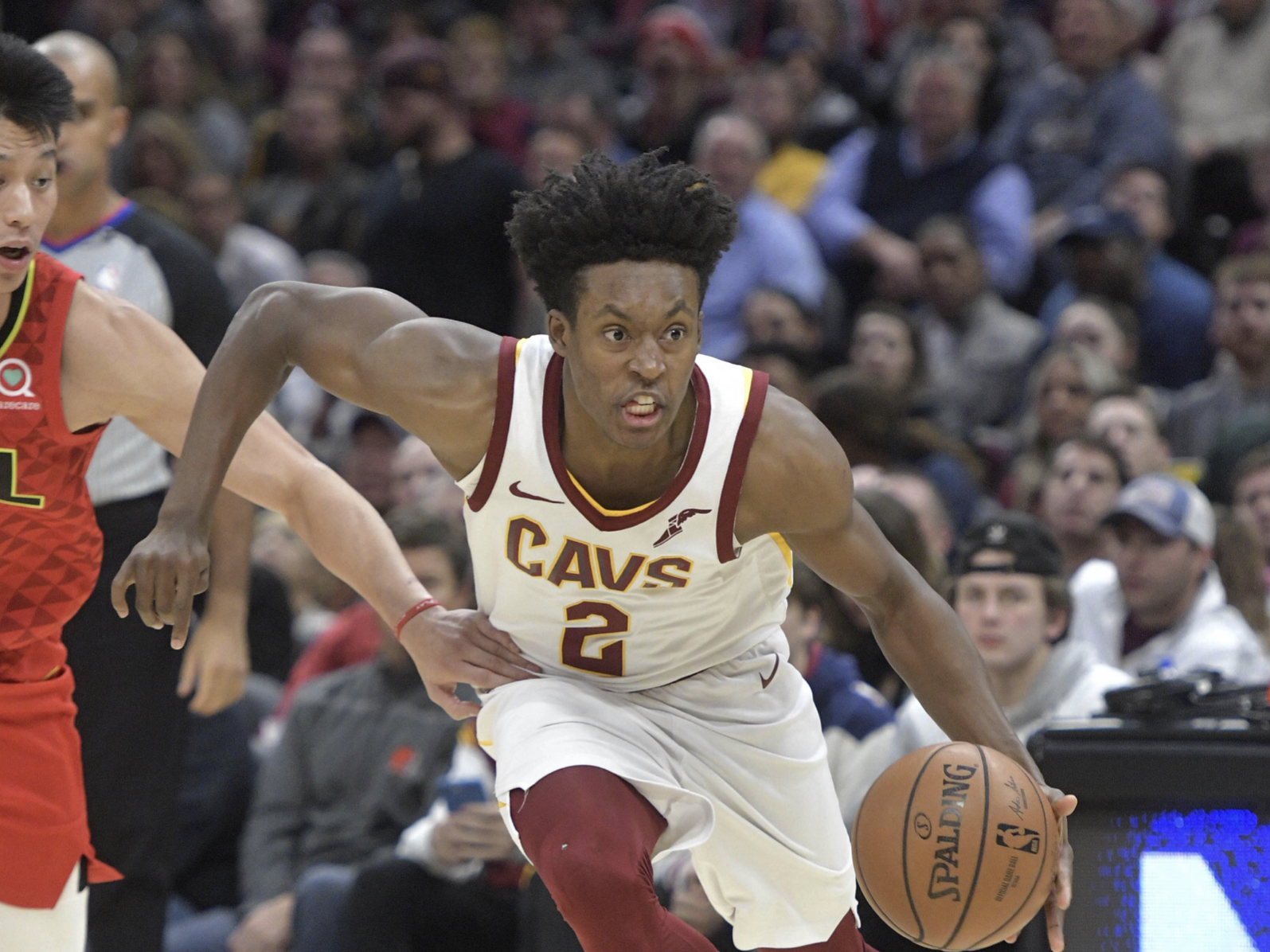 Owner Dan Gilbert and the brass in Cleveland were foolish to believe that these Cavaliers could contend for a playoff spot after losing LeBron James in free agency. This false belief of contention led to head coach Tyronn Lue being fired just six games into the season. Using him as a fall guy made no real sense, as evidenced by Cleveland’s 7-15 record under Larry Drew.

Kevin Love remains sidelined to injury. Cleveland smartly dealt away veterans Kyle Korver and George Hill. Meanwhile, J.R. Smith remains away from the team in hopes of being traded. All the while, other veterans have expressed concern about rookie lottery pick Collin Sexton and his ability to play. All of this has Cleveland at 7-21 on the season and really looking forward to a new start come January. 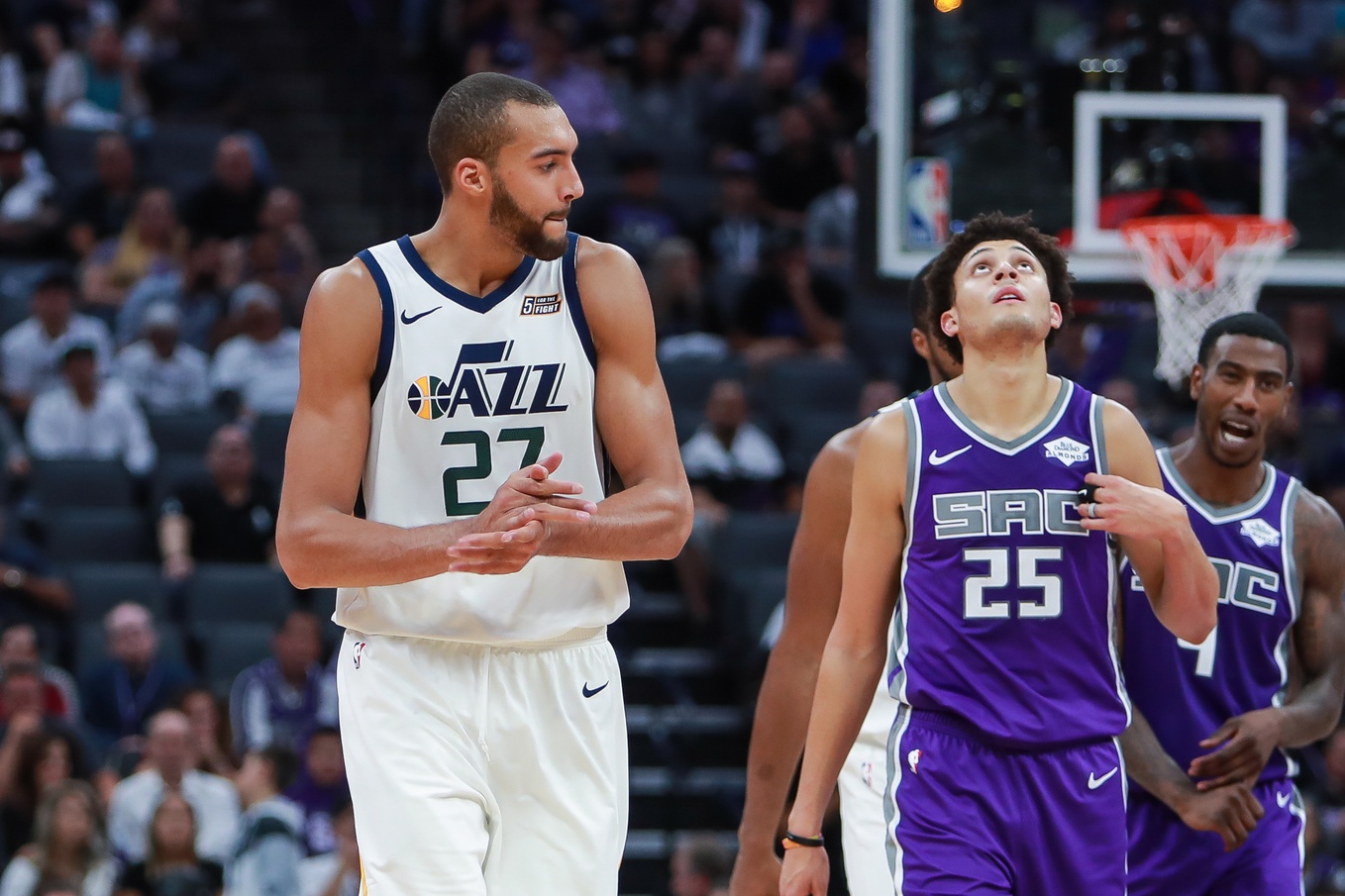 Fresh off a surprising 48-win season under head coach Quin Snyder, the expectation in Utah was that these Jazz could take that next step in 2018-19. Having won four of their first six games, most figured that would be the case. Donovan Mitchell was ready to break out even more. Meanwhile, Utah boasted a roster that could go 12 deep.

It just hasn’t worked out the way Utah had hoped. The Jazz are 10-13 since a strong start to the season. Mitchell is shooting just 43 percent from the field. Meanwhile, secondary options such as Joe Ingles, Ricky Rubio and Jae Crowder have not taken that next step. This has fans in Utah hoping for a clean slate by Salt Lake come Jan. 1. 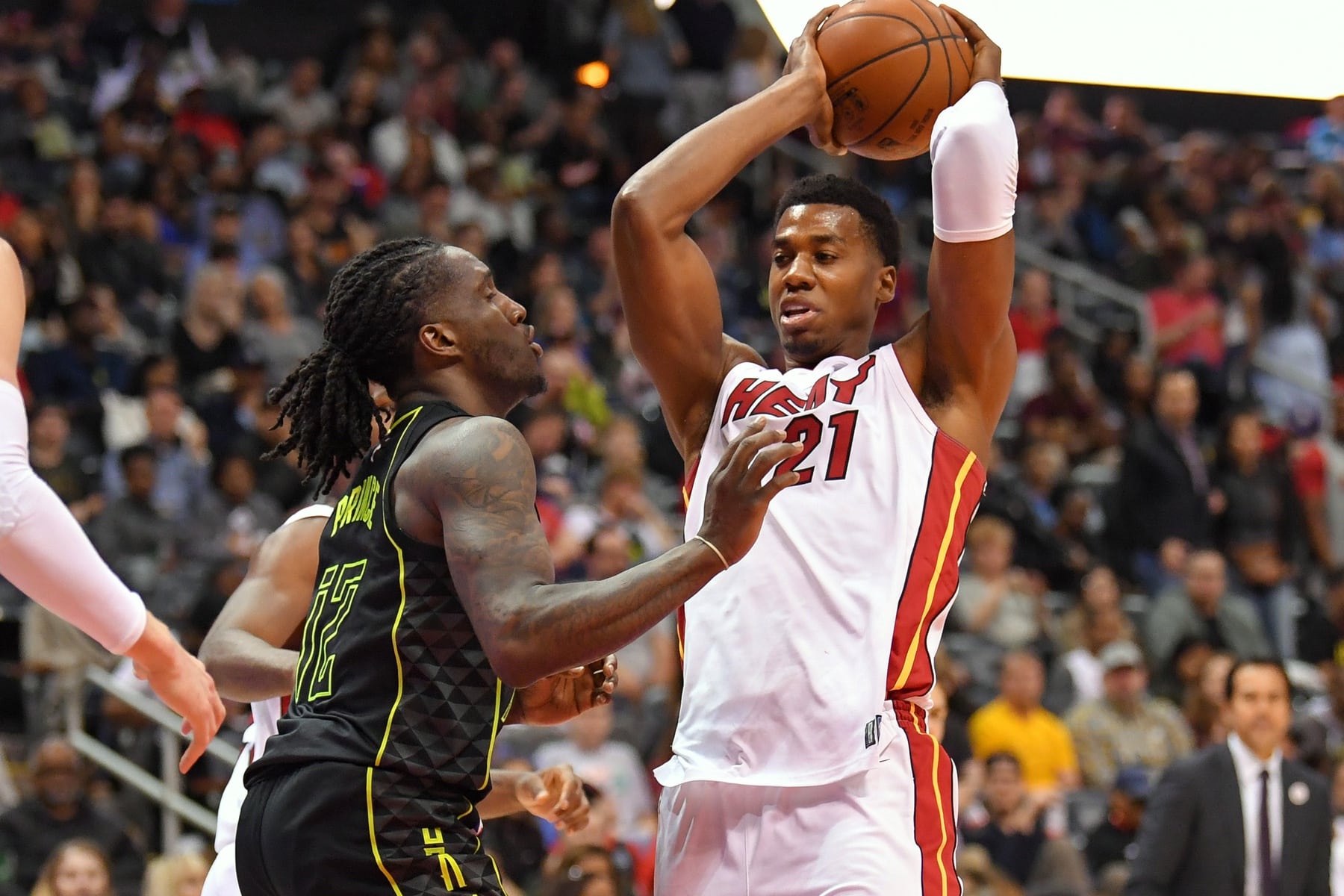 Linked to Jimmy Butler in trade talks earlier this season, president Pat Riley and Co. knew that they needed to add to a questionable core group. Given just how weak the Eastern Conference has been, this made all the sense in the world. Why not look to compete when other teams are on the downswing? As we already know, the conference rival Sixers added Jimmy Buckets — leaving Miami out in the cold.

Coming off a 27-point loss to the above-mentioned Jazz, Miami now boasts an 11-16 record. Sadly, the team is just 5-9 at home. That’s not going to get it done. The good news here is that Miami is just one game out of the final playoff spot back east. The New Year might end up serving as a wake-up call — enabling Dwyane Wade to finish his career playing playoff basketball.

Mediocrity has been the name of the game for Gregg Popovich and the Spurs this season. They currently boast a very pedestrian 14-14 record and are the 10th seed in the Western Conference. That’s certainly not something we’ve come to expect from San Antonio under one of the greatest coaches in Association history.

DeMar DeRozan and LaMarcus Aldridge continue to play well. Rudy Gay has had a resurgence of sorts. But it’s on the defensive end that this team has struggled. It’s yielding an uncharacteristic 112.1 points per game, and that has Pop in a very Scrooge-like mood heading into the holidays. Hopefully for the Spurs, the New Year will bring about improvement. If not, we can be looking at the team missing the playoffs for the first time since 1996-97. 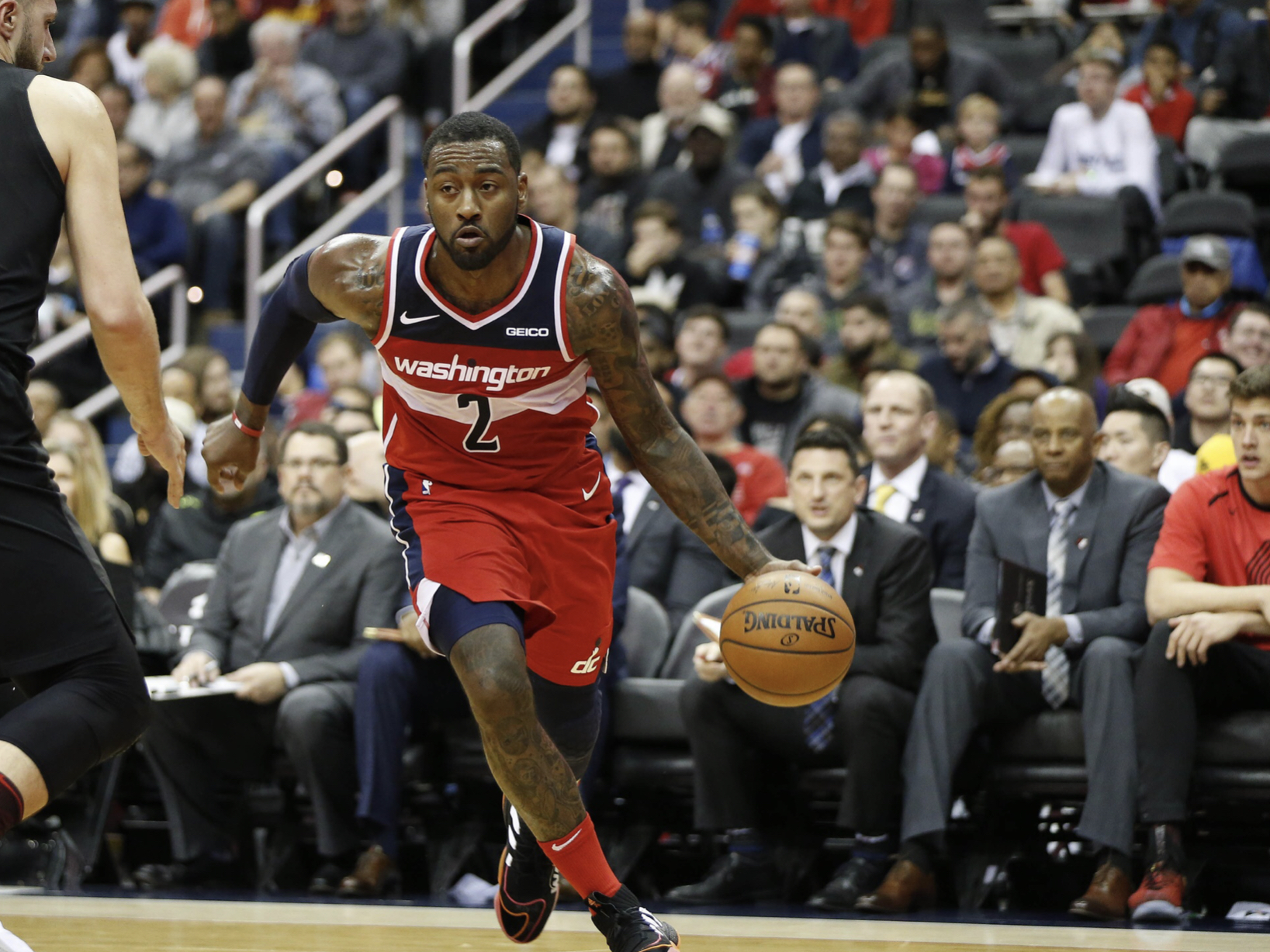 Drama. A whole bunch of drama. Pretty much everyone on the Wizards’ roster has been made available on the trade market. This includes a star backcourt of John Wall and Bradley Beal that doesn’t seem to be able to coexist with one another. Meanwhile, there are lingering questions about the futures of head coach Scott Brooks and general manager Ernie Grunfeld. All of this has Washington at 11-17 on the season and on the outside looking in back east.

Washington’s New Year’s resolution is clear. It has to change up the roster dynamic in a big way. That must include moving either Beal or Wall. The status quo simply isn’t working. There’s no other way to go about it. 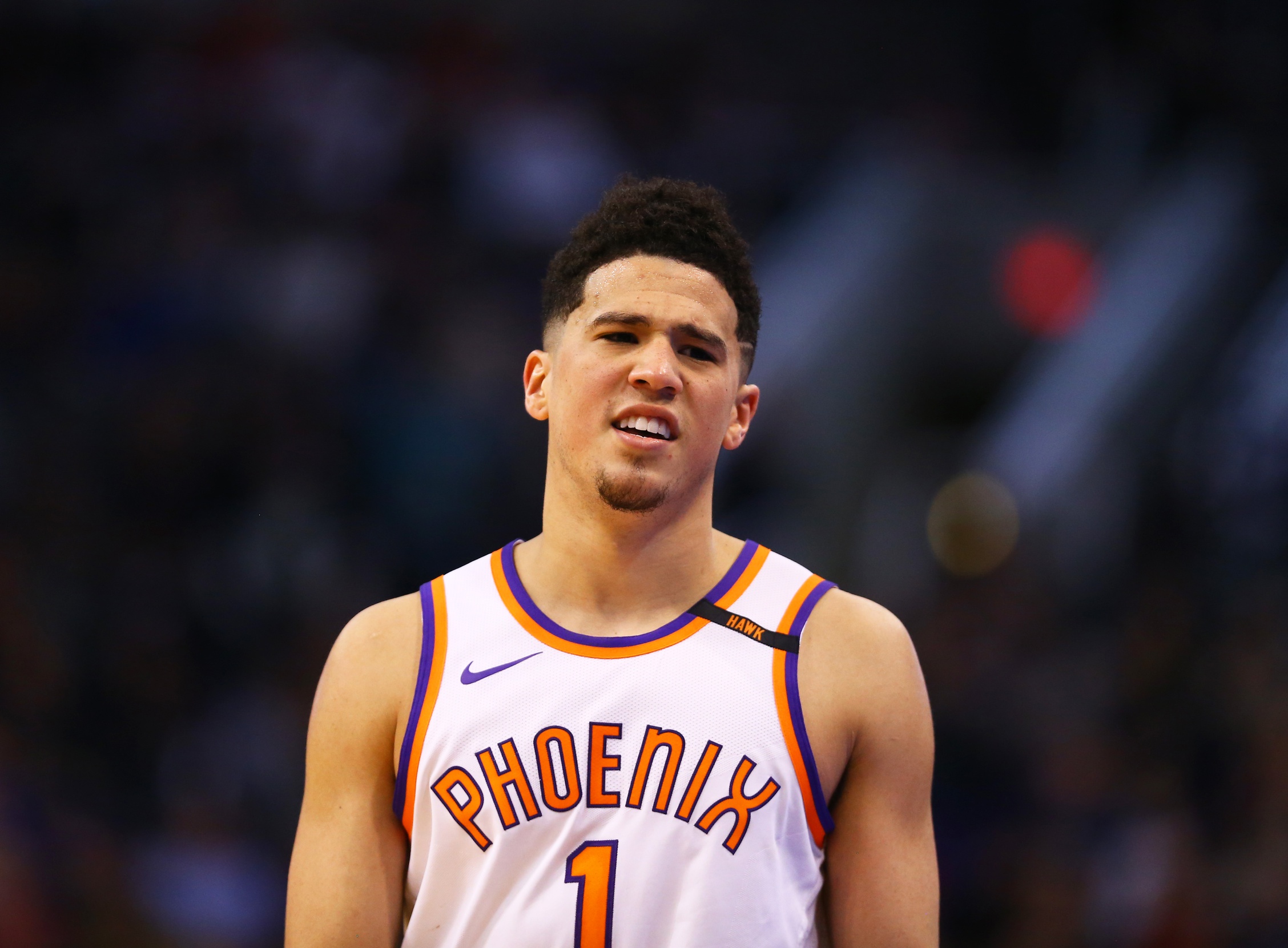 No one really expected the Suns to contend for a playoff spot after boasting the Association’s worst record in 2017-18. This doesn’t mean that fans in the desert weren’t hoping for improvement from the league’s youngest squad. Unfortunately, that just hasn’t been the case under first-year head coach Igor Kokoskov. Phoenix boasts a league-worst 4-24 record and has lost 10 consecutive games. Its also being outscored by an average of 12 points per game. That’s just bad.

The Suns’ brass has to be hoping January brings continued improvement from youngsters Deandre Ayton and Devin Booker. All the while, the possibility of landing Duke’s Zion Williamson with the first pick in the 2019 NBA Draft is something the organization can look forward to in the new year. 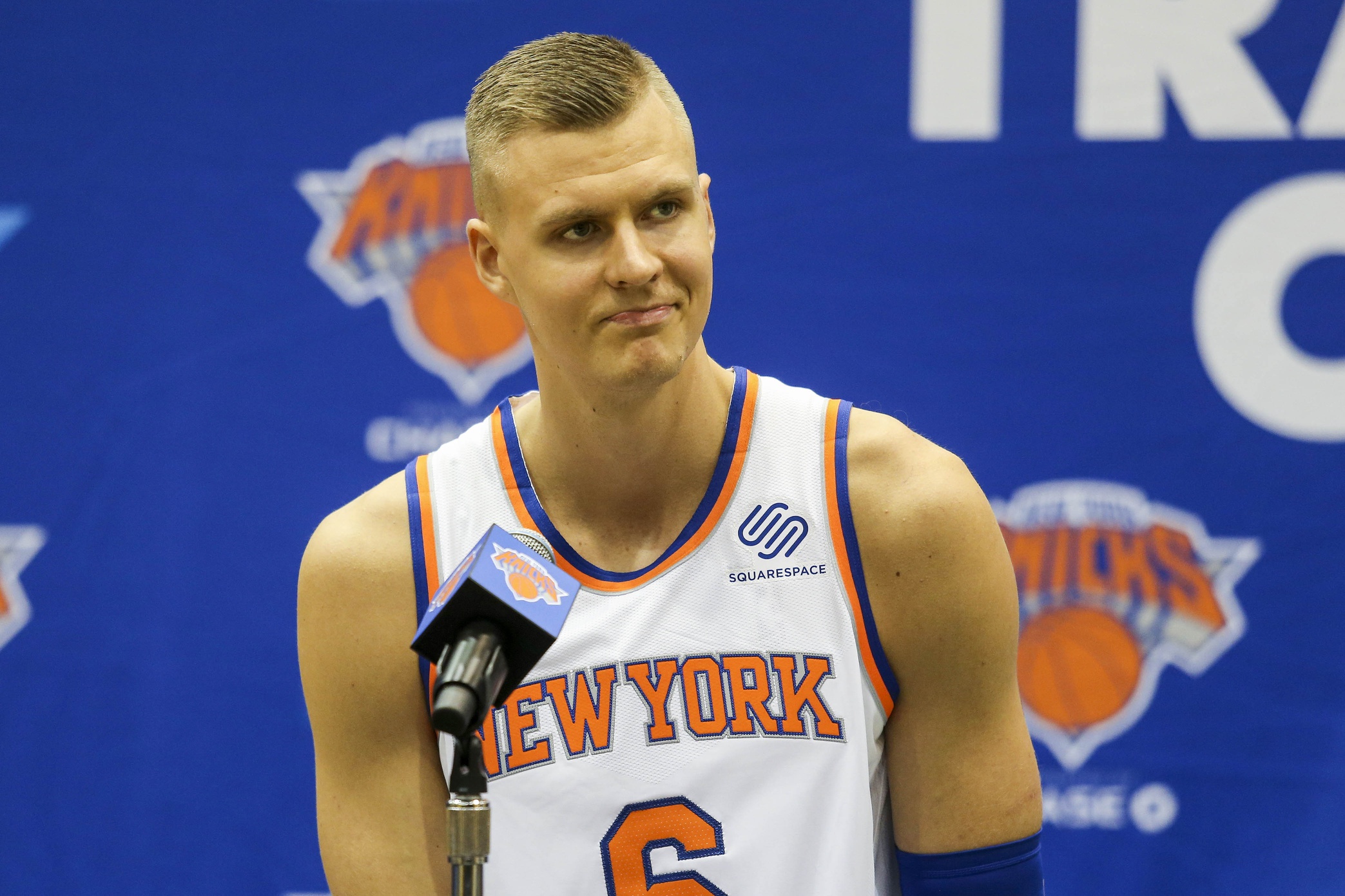 Kristaps Porzingis. It seems that the Knicks’ rebuild has been put in reverse with him still sidelined to a torn ACL. While there’s no timeline for the Unicorn’s return to action, the hope is that he’ll be able to give it a go later in the season. That’s the only thing an 8-21 Knicks team has to look forward to as the season progresses.

We’re also going to want to see if rookie Kevin Knox can pick his game up after struggling with consistency and injury. But it’s about a lot more than that. The Knicks have set themselves up well to be major players in free agency when the summer of 2019 comes calling. That’s a positive for this long-downtrodden organization. 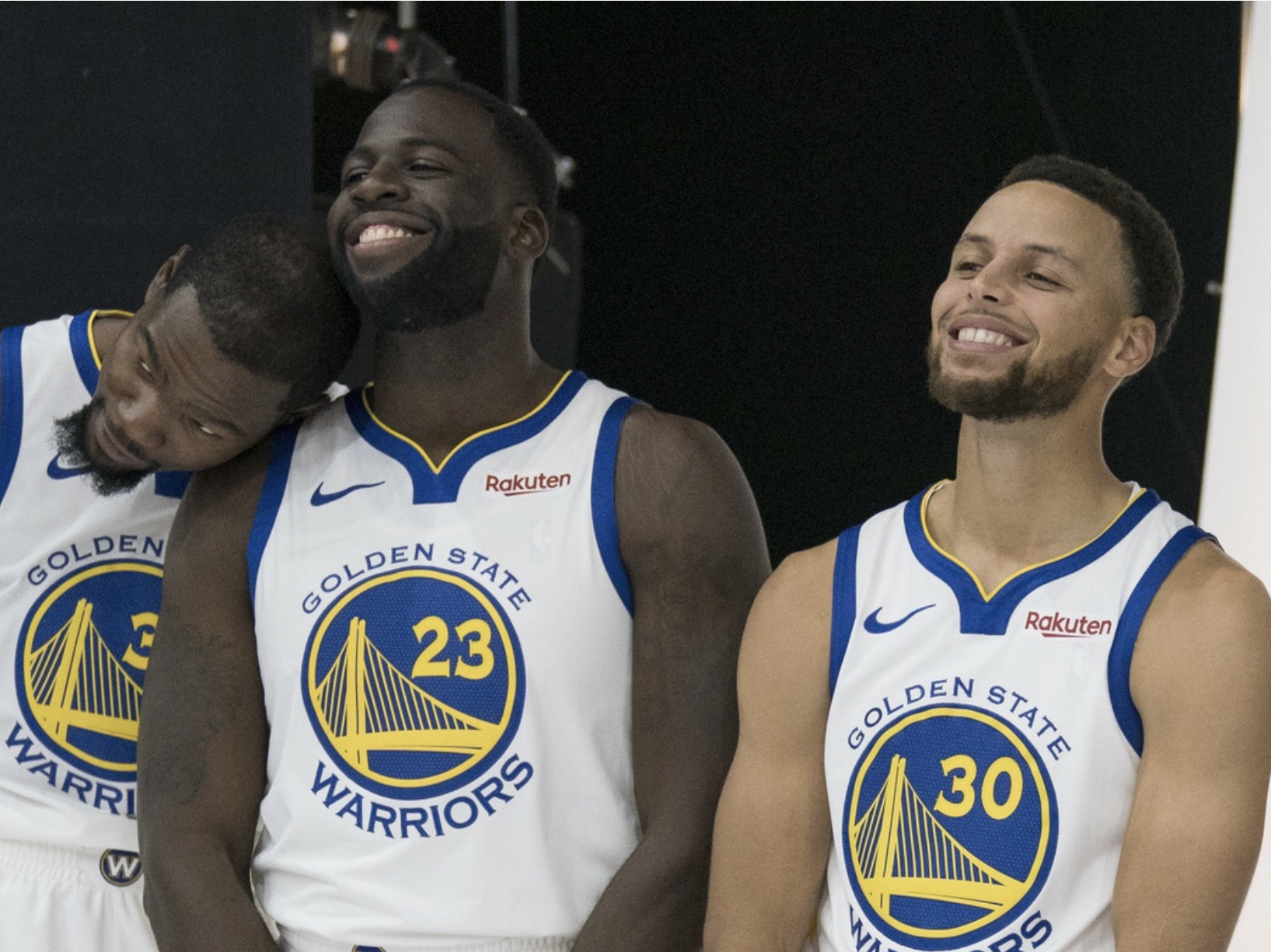 Most NBA teams would be happy with boasting a 19-10 record through the first 29 games of the season. But as we’ve seen since the Warriors started their run of titles back in 2014-15, they are not like most teams. Steve Kerr’s squad is coming off a 20-point home loss to the Kawhi Leonard-less Raptors on Wednesday and seem to be going through the motions right now.

That’s expected. The only meaningful basketball the two-time defending champs will play this season is in the playoffs. Even then, a rift between Draymond Green and Kevin Durant has added to the drama in Oakland. Meanwhile, Stephen Curry missed a substantial amount of time to injury. The good news? Golden State will soon have everyone back once DeMarcus Cousins returns from injury sometime after Christmas.