10 most underrated players in the NFL 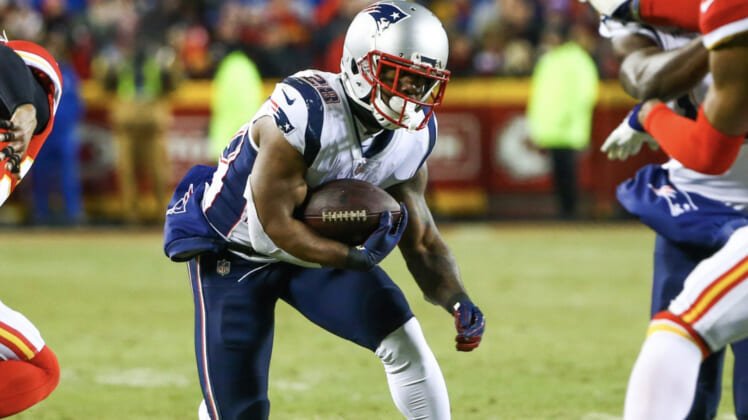 The NFL is a star driven league. We recognize the likes of Aaron Rodgers, Tom Brady and Odell Beckham Jr. as the face of the NFL.

Though, there’s lesser-known stars who have not received the credit they deserve. From wide receivers in Minnesota and Seattle to a valuable running back in New England, here are the 10 most underrated players heading into the 2019 NFL season.

We see it every season around this time. Odell Beckham Jr., DeAndre Hopkins and Julio Jones. These are the three receivers that top most experts’ lists. Michael Thomas of the New Orleans Saints is now included after a record-breaking extension. But what about Thielen? This former undrafted free agent from Minnesota State has racked up a combined 204 receptions for 2,649 yards while boasting a 70 percent catch rate over the past two seasons. He’s legitimately a top-three receiver in the NFL today.

Hayward does not get much credit for his elite play-making ability. Jettisoned from the Green Bay Packers prematurely following the 2015 season, he’s been a dominant force in Southern California since. The 29-year-old veteran has yielded a 67.7 quarterback rating over the past three seasons, good enough for fourth among NFL cornerbacks. He’s also racked up 50 passes defended and 11 interceptions during that span. This dude should make every top-five cornerback list. Unfortunately, that just has not been the case.

One could argue that Lockett is aided by the presence of Russell Wilson in the Pacific Northwest. It’s a legitimate point. Though, let’s offer a counter to this narrative. Maybe Wilson is aided by the sure-handed Lockett? The 26-year-old receiver caught 57-of-70 targets for nearly 1,000 yards and 10 touchdowns last season. Wilson had a perfect 158.3 quarterback rating when targeting Lockett. That’s some utter domination right there. And it has Lockett on the verge of breaking out nationally.

New England has gone through a plethora of backs since drafting White back in 2014. Most recently, the team exhausted a first-round pick on Sony Michel last year. White has been the one constant for Tom Brady and Co. The Super Bowl hero plays a catch-first role in the Pats’ offense. It’s a thing of beauty. He hauled in 87 passes for 751 yards and seven touchdowns while boasting a 70.7 catch percentage last season. Those are some absurd numbers. Look for much of the same from Mr. White in 2019.

It’s all about Tyreek Hill and Patrick Mahomes in Kansas City. For good reason. These two have connected for awe-inspiring highlights during their young careers. Wilson got out from under that by signing a free-agent deal with the Miami Dolphins last year. Sure his stats (26 receptions for 391 yards) last season were not great. But it’s important to note that Wilson missed all but seven games to injury and was playing in a less-than-ideal situation. That could change in 2019 with Ryan Fitzpatrick likely to start. After all, Wilson led all NFL receivers in yards per route run last season.

Rarely mentioned with Trent Williams and Tyron Smith as one of the best left tackles in the NFL, Armstead continues to act as a godsend for future Hall of Fame quarterback Drew Brees. The former second-round pick has started all but four of the games he’s appeared during his six-year career. At issue here is injuries. He’s also missed 21 games over the past three seasons. But when on the field, Armstead is dominant. He’s one of the reasons Brees has been brought down a combined 37 times over the past two seasons.

Desir earned a three-year, $22.5 million free-agent contract with Indianapolis back in March. It’s the latest example of the small-school product’s hard work paying off. The 28-year-old Desir had in the past been jettisoned from Cleveland and Seattle. He responded last season by compiling 79 tackles, eight passes defended and an interception. Desir also led NFL corners with an opposing 34.4 quarterback rating allowed when targeted on intermediate routes. That’s some elite-level stuff right there.

Green Bay upgraded big time at safety by signing Amos away from the division-rival Chicago Bears back in March. The 26-year-old safety recorded 73 tackles, nine passes defended and two interceptions last season. According to Pro Football Focus, Amos ranked second among NFL safeties in 2017 and eighth this past season. Getting him for under $10 million was an absolute steal. It also has Amos among the most underrated players in the NFL.

This youngster took over for Antonio Brown as Pittsburgh’s top receiver last season. It could have helped expedite Brown’s departure from the Steel City. Even then, Pittsburgh is in good hands with the electric personality. Smith-Schuster recorded 111 receptions for 1,426 yards last season. He also caught nearly 70 percent of the passes thrown in his direction. These are top-three receiver numbers. Unfortunately, he’s still not considered on par with the likes of Julio Jones and Odell Beckham Jr.

A three-time Pro Bowler and two-time Super Bowl champion, it’s surprising that this 10-year veteran still isn’t considered among the top safeties in the NFL. All Jenkins has done over the past four seasons is record 35 passes defended and eight intereceptions. He’s also yielded a sub 75 passer rating when targeted. When is Jenkins going to get his due? If it hasn’t happened yet, it probably will never happen.