10 most underpaid stars in the NFL today 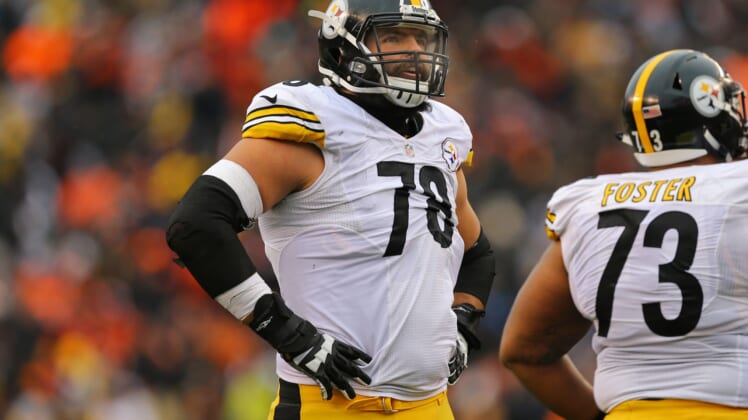 Huge contracts have been doled out to many of the NFL’s top stars recently, yet there are some who are still making far less than their production warrants.

With that in mind, we’re focusing on 10 underpaid NFL stars who represent the biggest bargains in the league right now.

Note: Players set to receive extensions soon, such as Dak Prescott, Michael Thomas, Joey Bosa and Marcus Peters, will not be included in this list.

There are few running backs in recent NFL history who have burst onto the scene like Kamara has the past two seasons. Though he is making under $1 million per year on his rookie deal, this third-round pick has racked up 3,146 yards and 31 touchdowns since 2017. The Saints don’t have to think about an extension just yet, as Kamara’s current deal runs through the 2020 season. Yet if there is nothing brewing for him on a new contract after the 2019 campaign, it wouldn’t be shocking to see Kamara hold out next summer.

It seems crazy that the first player taken in 2017 would be underpaid, yet here we are. Garrett is averaging $7.6 million per year on his rookie deal, and he still has at least two more seasons before the Browns are going to feel pressure to extend his contract. Last year, he racked up 13.5 sacks and was dominant against the run as well. Provided he stays healthy, Garrett will one day sign a potentially record-breaking deal. For now, he’s an absolute steal.

A late second-round pick in 2017, Smith-Schuster’s rookie deal works out to just over $1 million per season. During his first two pro campaigns, this dynamic receiver has caught 169 passes for 2,343 yards and 14 touchdowns — a couple of which have gone nearly 100 yards. If he stays healthy, then Smith-Schuster will be in line for a contract that equals or exceeds the current top-paid receivers. Right now, he’s an absolute steal for the Steelers, who still have him for two more seasons on his rookie deal.

The No. 27 overall pick of the 2016 NFL Draft, Clark averaged $2.3 million per season on his rookie deal. The Packers picked up his fifth-year option for 2020, which will be more in line with what he’s worth. However, this year he will make just $2.55 million. One of the most dominant nose tackles in the NFL right now, this 23-year-old is worth so much more than that. Last year, despite missing the final three games of the season with an elbow injury, he racked up 55 tackles and six sacks.

The 49ers strick pure gold landing this former Iowa star with their 2017 fifth-round selection. Kittle, 25 years old, is making just $674,572 per year and still has two years left on his rookie deal. The tight end exploded onto the scene last year, breaking an NFL record for most receiving yards by a tight end in a single season. He finished with 88 catches for 1,377 yards and five touchdowns. Another season with similar production will garner him a potentially record-breaking contract for his position.

A devastating knee injury during his final season at Notre Dame caused Smith — a consensus top-five player — to fall in the 2016 NFL Draft. He was ultimately selected 34th overall, which cost him millions. Making just $1.6 million per year on his current deal, Smith will be a restricted free agent next season. Dallas took a risk drafting him so early, to be sure. But since then he has more than lived up to his potential. Last year, Smith was a key contributor on defense, finishing with 121 tackles and four sacks.

Villanueva is one of best left tackles in the NFL, but he’s averaging just $6 million per season playing out the third year of a four-year, $24 million deal. This former Army Ranger went undrafted back in 2010 and didn’t even land on an NFL roster until the 2014 season. Now a mainstay on one of the NFL’s best offensive lines, Villanueva has started 64 straight games. At the age of 30, he should get a chance to cash in on his success before he retires.

The 16th overall pick in 2017, Humphrey is making just under $3 million per year. He made an instant impact for the Ravens as a rookie and only improved his overall game as a second-year pro in 2018. Through his first two seasons, the former Alabama star has shown the ability to play with discipline on the corner and has four interceptions, along with 26 passes defensed. He still has two years left on his rookie deal before his fifth-year option, ensuring he will remain a tremendous bargain for Baltimore the next couple of seasons.

The Steelers took Watt with the 30th overall pick in the 2017 draft, and that slot means he is earning just $2.3 million per year on average. Since then, the younger brother of superstar J.J. Watt has racked up 20 sacks, including 13 last season, while improving in every facet of his game. The former tight end is still learning the nuances of this position, and the sky is the limit to what he will do as a pro. With two years remaining on his deal before he even hits his fifth-year option, Watt is one of the biggest bargains in the league right now.

With an average salary of just $4.1 million per year, Mahomes is easily the most underpaid quarterback in the NFL right now. The 2018 NFL MVP, Mahomes put together a historically dominant season last year that only the great Peyton Manning has ever matched. He still has two years left on his current deal, so the Chiefs feel no rush to sign him to an extension at this time. When that happens, Mahomes will certainly set a new record.