10 most shocking NFL developments so far 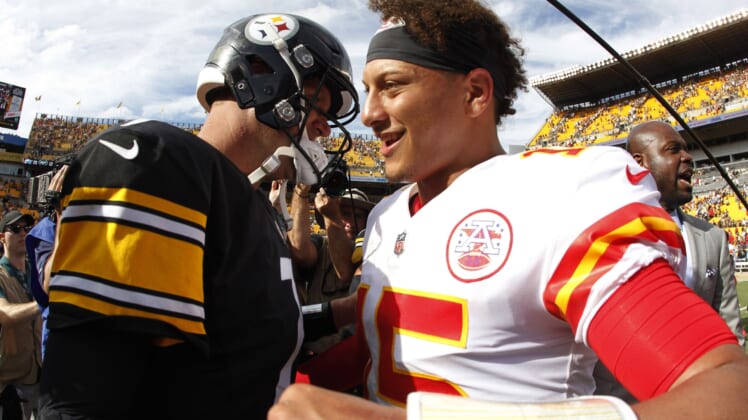 The 2018 NFL season is in full swing with three weeks of action in the books thus far. Along the way, there have been many surprises and interesting turns of events.

Outside of that, there has been some unexpected rises and falls within the power hierarchy. Meanwhile, there are still three NFL franchises looking to win their first game. Three other teams remain undefeated, including a surprising squad.

With never a dull moment to be had in the NFL, here are 10 shocking developments to check out as Week 4 approaches.

Cleveland Browns should be 3-0

Browns fans can finally rejoice after so many years of failure. The team finally won a game after having not done so since December of 2016. Quarterback Baker Mayfield has now been announced the starter and there is finally a light at the end of the tunnel.

However, this is a team that could be standing with a 3-0 record. In Weeks 1 and 2, the Browns came close to beating two very formidable opponents. To kick off the season, the Browns produced a tie against the Pittsburgh Steelers. A Browns missed field goal in the last seconds of overtime resulted in the draw. In Week 2, two missed field goals caused the Browns to fall to the New Orleans Saints by three points. Needless to say, former kicker Zane Gonzalez was released. The Browns next play the winless Oakland Raiders when they look to improve to 2-1-1.

The Kansas City Chiefs have struck gold. Kansas City is 3-0 and Mahomes is playing lights out. He is currently on the books for throwing 13 touchdowns in his first three games, breaking a record originally held by the legendary Peyton Manning. Mahomes has looked magical under center as he has spread the wealth of his 13 touchdowns around to his talented offense.

To sum things up on Mahomes, he has completed 66.7 percent of his passes and has averaged 298.7 passing yards per game. Even better, Mahomes has yet to throw an interception and boasts a 137.4 quarterback rating. Could things get any better?

On sad side of NFL news, all of the hype surrounding the 49ers heading into the season can be tabled. Quarterback Jimmy Garoppolo suffered a season-ending torn ACL.

However, it is worth noting that the team was not exactly golden as many expected it would be prior to Garoppolo’s injury. Before their Week 3 loss, the 49ers sat at 1-1. They lost badly to the Minnesota Vikings in Week 1 when Garoppolo put up a pedestrian performance, throwing three interceptions versus one touchdown. He then turned things around helping lead the 49ers to a 30-27 home win over Detroit in Week 2.

Fans will now have to brace themselves as the team leans on second-year quarterback C.J. Beathard.

It only took Nathan Peterman to throw two interceptions on 18 attempts in Week 1 for the second-year quarterback to be given clipboard duties. Rookie Josh Allen then took over for the remainder of what was an ugly loss to the Baltimore Ravens.

In his first NFL start the following week, Allen and the Bills did not completely roll over and play dead as many expected. They put up fight and and lost by just 11 points to the Los Angeles Chargers. Allen passed for 245 yards with one touchdown and two interceptions.

Then most recently, Allen and the Bills shocked the entire football world. The Bills were major underdogs heading into a Week 3 matchup on the road against the Minnesota Vikings. Football survivor pools nationwide were blown to smithereens after the Bills beat the Vikings 27-6. Allen completed 68.2 percent of his passes that game and achieved a 111.2 quarterback rating.

The young rookie cannot be counted out after this performance against one of the most dominating defenses in the league. We will see if Allen continues to look like the real deal in another road game against the Green Bay Packers in Week 4.

Race to win the NFC North is wide open

Speaking of the Packers, the NFC North is a wide open competition after three weeks of action. It is the Chicago Bears that currently lead the division at 2-1. Despite scoring only 63 points in three games, the Bears’ defense is keeping the team afloat. The trade for pass rusher Khalil Mack has been a game-changer. Chicago currently has a league-high 14 sacks and eight takeaways on record.

When it comes to the Packers, they sit at 1-1-1 and quarterback Aaron Rodgers and Co. are not playing at 100 percent. The team has scored 70 points compared to the 83 it has allowed.

Those aforementioned Vikings just got thrashed at home by a suspect Bills team. They also have a 1-1-1 record resulting in a tie with Green Bay. Lastly, we can’t discount the Detroit Lions. They have a 1-2 record, but just recently make a mockery of the Patriots, beating them 26-10 at home this past Sunday night.

How badly the Arizona Cardinals are failing

The Cardinals may just be the worst team in the league. After three weeks of action, they sit at 0-3 in the NFC West. Quarterback Sam Bradford, who the Cardinals paid huge money to in the offseason, completely stinks. His stench finally got so bad the Cardinals benched him late in Week 3 in lieu of rookie Josh Rosen. To date, Bradford has averaged a pathetic 133.3 passing yards per game. He also has four interceptions compared to two touchdowns on record.

Needless to say, the team has announced that Rosen will start in Week 4. However, the Cardinals’ problems will likely continue. Poor head coaching and coordinating calls are continually negating any forward progress the team is making. And, the usage of the ultra-talented running back David Johnson is absolutely mind-boggling.

What do the Buccaneers do with Ryan Fitzpatrick?

Not many predicted that the Tampa Bay Buccaneers would be flying high in the NFC South after three games. They are sitting pretty with a 2-1 record, with much to attribute to a veteran in Fitzpatrick. Who would have known that Fitzmagic had this much gas left him while he filled in for the suspended Jameis Winston?

Fitzpatrick tops all quarterbacks in the league after averaging a record-setting 410 passing yards per game. He is also completing 70.3 percent of his passes, while averaging a ridiculous 11.1 yards per throw. Lastly, Fitzpatrick has thrown 11 passing touchdowns along with gaining one rushing score.

It is going to be difficult finding reason to sit Fitzpatrick to get Winston back into the mix. Fans are loving the bearded one and that’s unlikely to change anytime soon.

Patriots and Dolphins are changing up the AFC East

Through three games, Miami rests at 3-0 while New England sports an ugly 1-2 record. The Bills and Jets also sit at 1-2, giving Miami a comfy divisional lead. While it is not shocking that the rookie quarterback-led Bills and Jets are losing more than winning, it is unusual that the Patriots are off to such an horrific start.

Quarterback Tom Brady has not looked spectacular by any means. And, people are beginning to wonder if he has finally hit that proverbial wall. Not to mention, fantasy football owners of Brady are in a complete panic. Meanwhile, quarterback Ryan Tannehill’s numbers are better than that of Brady.

Tannehill’s current quarterback rating is 121.8 and Brady’s is 93.9. It also does not help that Brady’s receivers seem to have dropped more passes than they have caught. Head coach Bill Belichick will surely be attempting to get his team turned around. That starts next with a divisional matchup at home against Miami.

Many thought the healthy return of second-year quarterback Deshaun Watson as well as defensive end J.J. Watt would make a world of difference for the Texans entering 2018. Instead, the Texans reside in last place in the AFC South with an 0-3 record. The team has scored just 59 points in three games compared to the 74 it has given up.

Watson is not rolling out the multiple touchdowns per game as he was as a rookie. He has thrown for just five scores compared to three interceptions, while completing only 59.4 percent of his passes. It is also a bit concerning that wide receiver DeAndre Hopkins has found the end zone only once.

All the while, Watson has taken 10 sacks while the Texans’ defense has has recorded only seven. There are definitely some kinks to be worked as the Texans try to beat Indianapolis this Sunday.

In 2017, the Saints’ defense improved drastically from the previous season, allowing 336.5 yards and just 20.4 points on average per game. It was also giving up a stingy 59.4 pass completion rate and finished the year with 42 sacks. Rookie cornerback Marshon Lattimore was even named Defensive Rookie of the Year after he recorded five interceptions, one touchdown and 18 defended passes.

Fast forward to 2018, and the Saints are giving up the farm on a weekly basis. In three games, the Saints have managed only one interception and have allowed 421 total yards per game. This is addition to giving up 30.3 points per tilt. Opposing quarterbacks have looked elite, completing 74.2 percent of their passes while combining for 10 passing touchdowns for a 140-plus passer rating.

Quarterback Drew Brees is going to have to keep playing at his finest just so his offense can keep up. The offense has produced 104 total points compared to the 103 the defense has yielded.