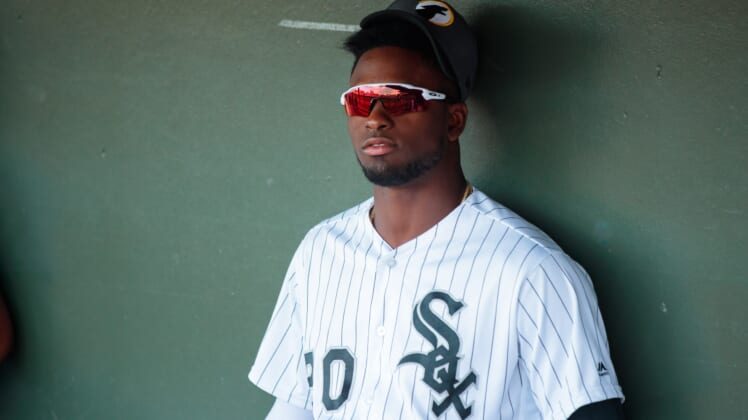 MLB finds itself in an incredible era when the game is dominated by some of its youngest players. As teams invest more resources into finding and developing the next Ronald Acuña Jr, it creates opportunities for new youngsters to emerge.

There’s even more phenomenal talent on the way. While some of MLB’s future All-Stars have already made their pro debuts, there are others on the brink ready to shine when the call is made for them in 2020.

Here are 10 young players set to become MLB’s latest stars in the 2020 season.

Catcher can be one of the most challenging positions for players to develop and emerge. Between calling games, being reliable defensively and having a reliable bat to be trusted in an MLB lineup, it’s difficult to reach the majors. Oakland loved Murphy’s outstanding defense, but it needed him to prove himself with the bat.

Unfortunately, he suffered a torn meniscus in May and missed nearly three months. Murphy returned to Triple-A Las Vegas and hit 10 home runs with a 1.064 OPS. The Athletics saw more than enough and called him up on Sept. 1. As Murphy adjusted at the plate, he quickly earned the trust of Oakland’s pitchers amid a playoff push. If Murphy’s bat makes the jump next year, he’ll emerge as an All-Star catcher.

The Angels desperately need a co-star alongside Mike Trout in the lineup. It’s been an issue in Los Angeles for years, but now things might finally be changing in 2020 with another gifted outfielder nearing his debut.

Los Angeles drafted Adell with the No. 10 pick in the 2017 MLB Draft dreaming of his tantalizing athleticism and tools coming together. It happened far quicker than the Angels even hoped. Adell crushed Double-A pitching and made his way to Triple-A in his age-20 season. He’s more than capable of hitting 20-plus home runs with 20-plus steals as a rookie in 2020. Adell can become Trout’s co-star in Los Angeles next year.

The two-way player is becoming MLB’s latest trend. While McKay won’t be on Shohei Ohtani’s level, he proved he can make a substantial impact with his arm and deliver with the bat.

McKay’s first taste of the majors showed us what the southpaw can accomplish. He struck out 25.9 percent of batters faced and mixed his fastball well with his secondary pitches. McKay will be a trusted, mid-rotation arm for Tampa Bay in 2020. While his bat will remain a work in progress, he offers enough pop to also fill-in at designated hitter and rack up some home runs and RBI.

Everyone knows Bo Bichette and Vlad Jr. are the rising, young stars in Toronto’s lineup. It needs a new face at the front of its rotation for years to come and Pearson deserves a chance to become that in 2020.

He began 2019 in High-A and quickly earned a promotion with a 35/3 K/BB ratio in three starts. Pearson then tore through his Double-A foes with a 2.59 ERA and 69 strikeouts in 16 starts. The Blue Jays challenged him once more at the Triple-A level and he responded with three sharp outings. Pearson must face MLB competition in 2020 because the 6-foot-6 hurler’s fastball-slider combo is ready for it.

It’s finally starting to come together in the Windy City. Yoán Moncada looks like a superstar at third base and outfielder Eloy Jiménez is already beloved in the city. Surprisingly, arguably the White Sox’ most gifted player won’t debut until 2020.

Robert is a consensus top-three prospect in baseball. The 22-year-old crushed the High-A, Double-A and Triple-A levels this season for a combined 32 home runs, 36 stolen bases and a 1.001 OPS in 503 at-bats. He’s capable of posting those numbers in the majors in a few short years. The White Sox need him in their lineup when next season opens because he’ll bring excitement the moment he debuts.

Oakland finds itself in position to contend for years to come. While fans are still getting over the heartbreak of another loss in the wild-card game, this team’s future should lift their spirits.

Luzardo can be Oakland’s ace next year. He proved it in October with three scoreless innings and dominated the month prior with 16 strikeouts and two runs allowed in 12 innings. We’re talking about a pitcher with outstanding command, an expertise for how to mix his pitches and an elite repertoire to pair with it. It will all come down to good health, which has been a problem, allowing him to dominate in a full season.

On a majority of MLB teams, Tucker would be an everyday player and could have made a push for Rookie of the Year recognition. Unfortunately for him, Houston’s immense depth and talent in the outfield blocked him until September.

Tucker certainly earned the promotion after launching 34 home runs with 30 stolen bases and 97 RBI at the Triple-A level this season. He displayed all of the tools that made him a top-10 overall prospect then finally got the call in September. All he needs is a starting opportunity and he can deliver the same impact as Alvárez.

It became apparent in the second half that Minnesota needed more pitching. While Graterol’s arrival to the majors might have come too late to make a series-changing impact in the ALDS, it further showcased his limitless potential.

The 21-year-old’s fastball hits triple digits with regularity and even frustrated the Yankees’ lineup in his playoff debut with two strikeouts. Graterol dazzled at the Double-A level with a 1.71 ERA in 52.2 innings and proved himself enough to earn a spot on the Twins’ playoff roster. He should enter spring training with an opportunity to make the rotation or serve in a Josh Hader-type role in 2020.

Nothing went right for the Pirates in ’19. Now, as the organization looks to do a reset and focus on building a better future, all eyes will turn to Keller next year. He spent a majority of his season in the minors. After pitching well in Triple-A , he got his shot in the majors. Keller’s 7.13 ERA and 1.83 WHIP obviously demonstrate his woes, but he also posted a 21.7 percent K-BB rate as a rookie. A new pitching coach should help Keller unlock the abilities that made him Pittsburgh’s No. 1 prospect. Furthermore, the humbling experience from his first year can push him closer to his ace potential.

Los Angeles is known for developing talent and molding it into young stars. We’ve seen it each year and the same story is likely playing out now with Smith. It didn’t take very long for him to excite the fan base either.

The 24-year-old put his power on display in the minors with 20 home runs in 62 games. He earned a call-up to Los Angeles and kept rocking with 15 home runs and nine doubles in 54 games. He’s got all the tools to be a perennial All-Star catcher for years to come for one of the game’s best teams.