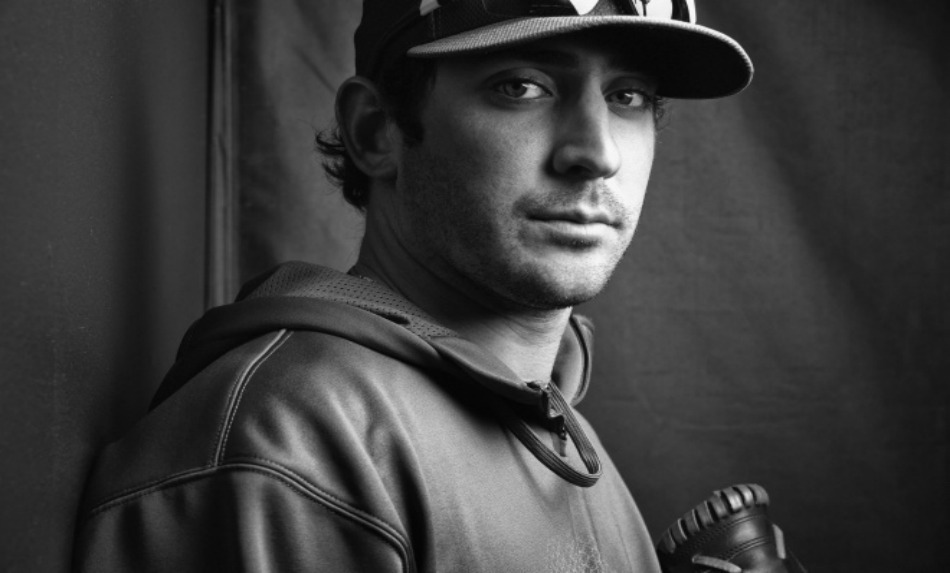 It’s that time of year again. America’s favorite pastime is finally out of hibernation and spring training is right around the corner. Along with old faces in new cities, there are guys that won our hearts last season. Heck, there’s even one player who sat out all of last season that should excite a certain fan base.

I know San Francisco Giants fans everywhere are still mourning the loss of Sandoval, but all is fair in love and baseball, right? The 28 year old left the Giants after winning a World Series ring, signing a five-year, $95 million contract with the Red Sox.

There have been recent photos of Kung Fu Panda practicing with the Red Sox, and naturally social media had to bash on his weight. I just feel it’s nothing you don’t see when you get into a new relationship. Or end an old one.

In seven years with the San Francisco Giants, Sandoval accumulated a .294 batting average with 106 bombs and 946 hits. He was also the 2012 World Series MVP.

In a weird series of events, Butler traded in his Royal Blue for the green and gold. Why is this so strange? Well, Butler was on the Kansas City Royals. And if anybody else is like me, they are still recovering from the 2014 wild card game when they Kansas City eliminated the A’s from the playoffs. Country Breakfast signed a three-year contract through 2017 with Oakland. The former Silver Slugger had 127 home runs in eight years with Kansas City, which gives A’s fans some hope that all the power they lost in the offseason will somehow be replaced.

They come back. They always come back. In another weird series of events, Barry Zito is now back with the Oakland Athletics after he left the team in 2006 for the San Francisco Giants on a seven-year, $126 million contract. While Zito never really lived up to the contract, he did play a major role in the Giants run to a championship in 2013.

Zito was selected in the first round of the 1999 draft (ninth overall) and made his MLB debut at the age of 22. In 2002, he was the American League Cy Young Award winner. The three-time All-Star will get $1 million this season if he is bumped up to the Bigs.

Jesus. Talk about pressure. The 22 year old has some sexy shoes to fill. Those shoes once belonged to The Captain, Derek Jeter. Gregorius comes to the Yankees from the Arizona Diamondbacks, where he dazzled with the glove. His range is long, and his throws are accurate. While he has a similar body language as Jeter, we are not entirely sure if that body language it will acclimate off the field the way Jeter’s did. I’m not just saying that because Derek Jeter is dating the model on the cover of the Sports Illustrated Swimsuit magazine. In three seasons with Arizona, Gregorius put up a .976 fielding percentage with only 18 errors in 173 games.

This particular move should be interesting in many ways. Not only is Jon Lester now sporting the Cubs’ colors, but the team is now being led by Joe Maddon.

With Lester and Maddon leading the team, and a handful of strong prospects, the Cubs Organization could very well be one of the top dogs of 2015. Let’s just make sure Steve Bartman stays home.

After one year off from baseball (okay so it was a one-year suspension), Alex Rodriguez is trying to make a come back. And the world is patiently awaiting to see what A-Rod has left in the tank.

The thing that is intriguing thus far is that since signing Chase Headley, he’s the one that’s listed as the starting third baseman for the Yankees, leaving Rodriguez as the designated hitter. If the Yankees didn’t play in the American League, there’s reason to believe A-Rod wouldn’t even be employed right now.

Before the Biogenesis scandal, the 39-year-old Rodriguez was one of the greatest players of the modern era. The former All-Star has the most plate appearances and homers of any active players.

In his 20 years, Alex Rodriguez has played in 2,568 games and has 2,939 hits, 654 home runs, and a .299 batting average. Those might be strong numbers, but that doesn’t mean that fans have forgiven A-Rod. It will be interesting to see how he handles the booing that is inevitably coming his way this year.

Heading into 2012, Harvey was one the “must-watch” kids in the baseball world. He is coming off elbow surgery, which would typically be a major worry for the Mets. However, the youngster appears ready to go for 2015.

One of the characteristics fans are obsessed with is Harvey’s sense of fearlessness.

“This is a guy who believes in doing things his way, even if it rubs the Mets’ front office and ownership the wrong way.” Says Bob Raissman of the NY Daily News. “That was the case last season during his rehabilitation after surgery on his right elbow.”

This attitude could bring a fresh start not only to the Matt, but the Mets as well. Before surgery, Harvey tallied a 2.39 ERA in 36 games with 261 strikeouts and 57 walks.

It seemed as if it would take forever for James Shields to make up his mind on which team he was going to end up with after he declined the Kansas City Royals’ $15.3 million offer. During the offseason, it seemed that every rumor that had circulated regarding Shields was instantly called just that, “a rumor.” So finally when the 33 year-old made his decision to go to the Padres, nobody was too surprised. We were just glad the wait was over.

Shields has pitched in two World Series. One with Tampa Bay, and the other with Kansas City. Needless to say, the Padres landed themselves an okay pitcher. Still, I know a lot of people are excited to see what the San Diego Padres bring to the table with a roster that is filling up with bigger names than “Big Game James.”

Jose Fernandez will not be back in time for Opening Day, which is something Marlins fans are dealing with. Whether they’re dealing with it well, we don’t know.

Fernandez’s 2014 campaign was cut short after tearing a ligament in his elbow. It seemed the young pitcher couldn’t quite have a successful MLB career unless he had Tommy John surgery (almost an initiation of some sorts these days).

Rumors around the web are saying Fernandez can return around June 15 or after the All-Star break, so there isn’t a 100% timeline on him.

Oh, And I will make any excuse to use this GIF.

It was a shocker that All-Star third baseman, Josh Donaldson was traded to the Blue Jays for Brett Lawrie and a few others.

Then again, Donaldson didn’t seem to happy about Oakland in the first place.

@markslifer09 they have plenty of money my friend. They just tell everyone they don't.

Whether this Twitter spat had anything to do with the trade, nobody knows.

The 29-year-old All-Star was not only in MVP talks last season, he was one of the names that put the Oakland A’s on the radar as the best team in baseball prior to a major late-season slump.

In the parts of four seasons he wore green and gold, Donaldson accumulated a .268 batting average with 63 homers and 228 RBI’s.