When it comes to the world of fantasy football, it is never too early to start analyzing the quarterback position.

Like every year, there are those select two or three quarterbacks that will not last past the second-round in drafts.

Sometimes, those quarterbacks pay off. Other times they go bust. Just ask those who wasted a precious first-round pick on Andrew Luck in 2015.

On the flip-side, last season dealt us some quarterbacks who went undrafted and finished ranked within the top 10.

We can never predict exactly how things will play out, but we can certainly come up with some calculated projections for this upcoming season’s 10-best fantasy football quarterbacks.

Newton was nothing short of a stud last season when he topped the charts as the No. 1 fantasy quarterback.

Much to the delight of his lucky fantasy owners, Newton was responsible for a total of 4,473 yards and 45 combined touchdowns. This was all accomplished with a less-than-stellar group of wide receivers.

The sky will be the limit for Newton in 2016, especially with him getting former first-round pick Kelvin Benjamin back in the mix.

With not much to cloud his fantasy forecast this season, it would not be one bit shocking to see Newton disappear off draft boards by the mid-to-late first round. He should be considered a high-end QB1 across the board. 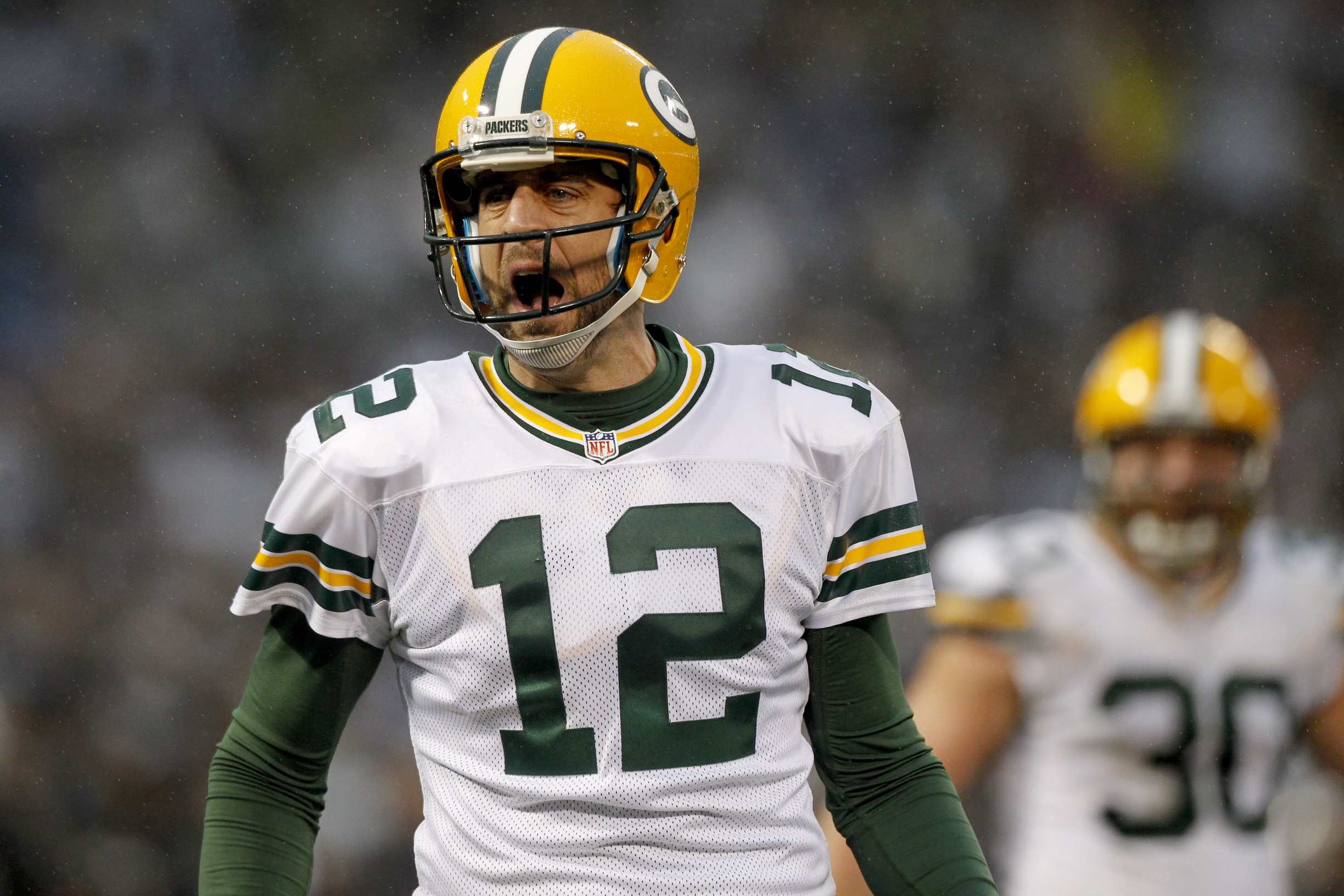 With the minor exception of 2015, Rodgers has been a pillar of stability for his fantasy owners over the past several seasons.

After experiencing a season without top wide receiver Jordy Nelson, Rodgers slid down the totem pole, eventually finding himself ranked No. 7 among quarterbacks. His passing yards took a hit when he finished with only 3,821.

Though, it is his beautiful touchdown to interception ratio of 31-to-8 that makes him a solid fantasy quarterback moving forward. Simply put, Rodgers just doesn’t make many mistakes.

With the Packers beefing up Rodgers’ offensive line during the offseason, and the return of Nelson, the Super Bowl-winning quarterback should rebound this year. He likely won’t be available much past the second round in fantasy drafts during the summer.

Whether it was his new contract or those nanobubbles, Wilson lit up the field last season, ranking third overall in fantasy points.

Setting career-highs in both passing yards (4,024) and touchdowns (34), Wilson also added 553 yards and one touchdown on the ground, making him a bargain for those who selected him mid rounds.

Russell Wilson has five touchdown passes and Doug Baldwin has caught three of them. Lardarius Webb got juked and fell down.

This year, Wilson should continue where he left off with a group of young receivers who helped him achieve his fantasy success.

If the Seahawks can somehow get tight end Jimmy Graham more involved, that would be icing on the cake. Fingers crossed for those who snag Wilson with a higher-round pick.

The Saints weren’t exactly the most-successful team last season, but that didn’t stop Brees from passing for a league-high 4,870 yards, accompanied by 32 touchdowns. Note that this was accomplished without his former favorite target, Jimmy Graham.

Moving into this season, there’s not much to suggest that Brees won’t retain his high level of fantasy production. Though, he will likely be available in the mid-to-late rounds with higher-upside quarterbacks going off the board before him.

Whether the Saints are winning or losing, Brees should continue to reward his fantasy owners on a consistent basis. 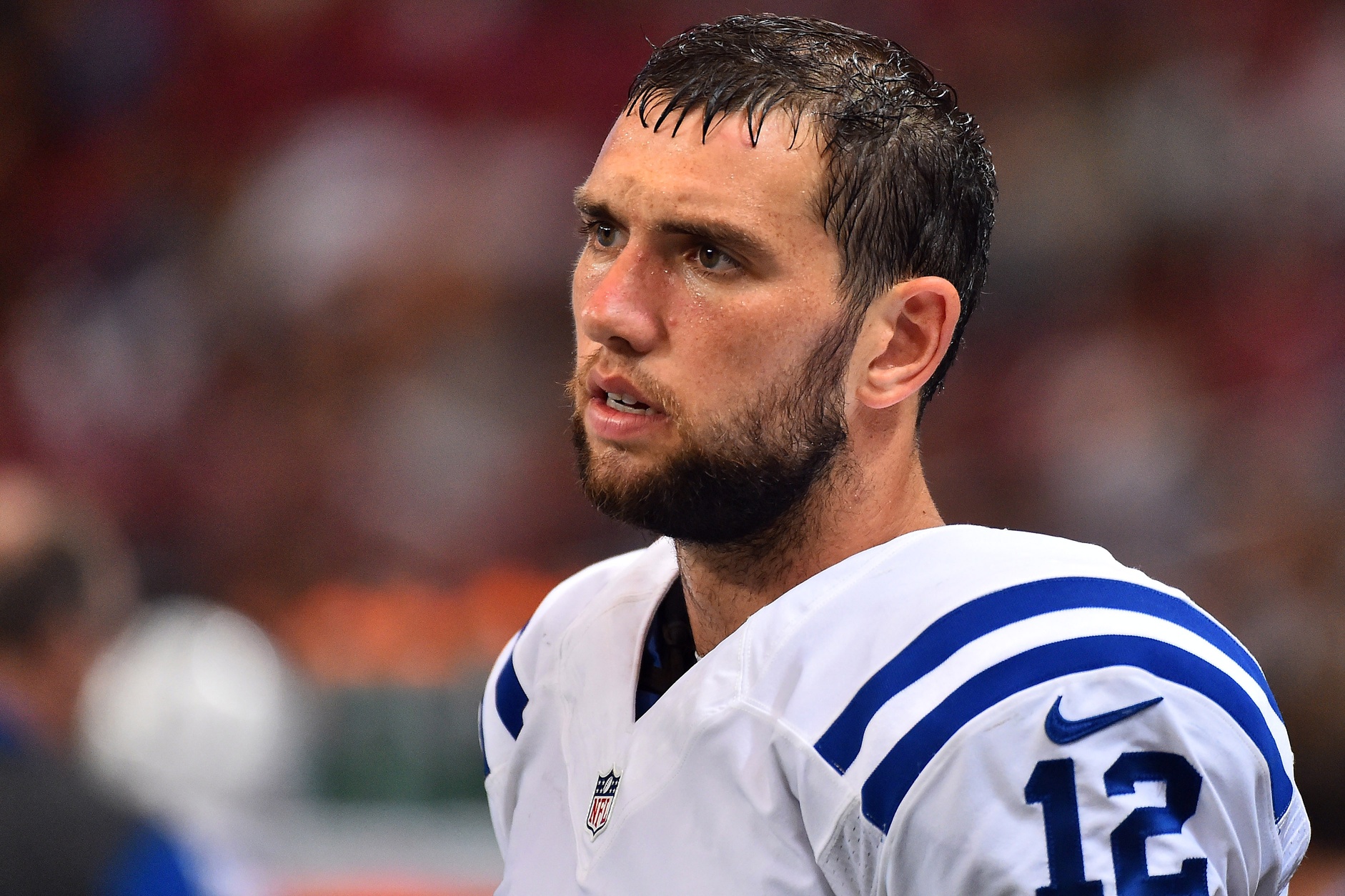 Due to his disastrous fantasy season last year, Luck may not be everybody’s cup of tea this go-around. Anyone who selected him in the first round got burned in 2015, which is why he might tumble down the draft boards a bit this year.

This makes Luck a great bargain for those who still have faith in him. Providing Luck returns to full health, he should rebound to his solid fantasy stats from previous years.

Plus, Luck has that hot cast of young pass catchers starring wide receiver T.Y. Hilton as well as a handy tight end in Dwayne Allen at his disposal. Putting last season behind us, we must remember Luck passed for a career-high 4,761 yards and 40 touchdowns in 2014.

Monitor Luck’s progress throughout training camp, and if he looks to be 100 percent, he should be worth a fourth or fifth-round pick.

Roethlisberger braved his way through injuries and passed for an impressive average of 328 yards per contest in 2015. Had he played in all 16 games, Big Ben would have finished the season with 5,250 passing yards.

This makes him an attractive fantasy target in 2016. Antonio Brown is a complete animal on the field, and nothing looks to change with his status. Despite the suspension of Martavis Bryant, Roethlisberger has a deep threat in Markus Wheaton, who averaged 17 yards per catch last year.

Getting Le’Veon Bell back into the mix will also bolster Roethlisberger’s value. Bell had a ridiculous 83 receptions during his breakout 2014 campaign.

While other fellow draftees are reaching for Newton and Wilson, Roethlisberger makes for a reputable mid-round fantasy quarterback.

Who would take a chance on Blake Bortles or Derek Carr in later rounds as their fantasy QB?

In 2015, Bortles (likely drafted super-late), surprisingly found his way up to the No. 4 ranked quarterback. This was after he recorded 4,428 yards and 35 touchdowns. He also rushed for a couple scores as well.

Unfortunately, interceptions were an issue for the former first-round pick. He threw the most picks in the NFL (18) and struggled in the red zone.

Entering the 2016 season, Bortles has one of the best wide receiver duos in the NFL at his disposal in Allen Robinson and Allen Hurns, who combined for 2,431 yards and 24 touchdowns a year ago.

A much-improved defense will have Bortles and the Jags commanding more time on offense, which will only enhance his fantasy value.

The obvious elephant in the room is the four-game suspension looming over Brady’s head. Otherwise, he is a top-tier QB1 in fantasy football.

Brady’s suspension will cause some folks to run for the hills, which could cause him to tumble down the draft boards. But for those who want to stash Brady away and go with a backup plan, his fall will allow owners to stack their rosters before picking him.

There are a ton of decent QB2 options out there that could be had in the latter rounds and perform at a high level until Brady returns. That list includes Philip Rivers and Derek Carr.

When Brady returns, there is nothing to suggest he won’t pick up where he left off last season. He finished 2015 with the second-most fantasy points after passing for 4,770 yards and 36 scores. 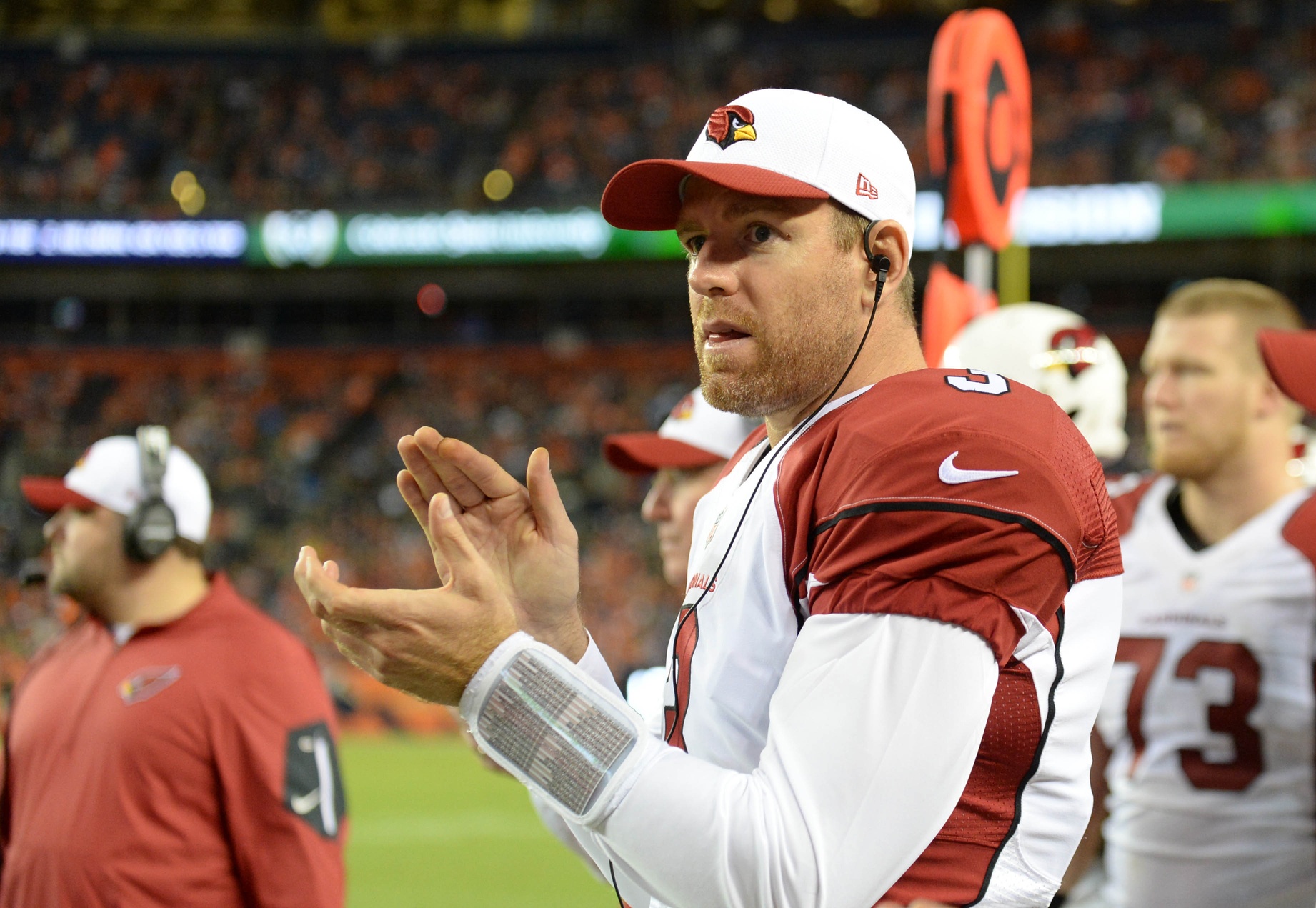 Though, due to his age and injury risk, it wouldn’t be too surprising to see Palmer drift downward some in fantasy drafts this year. This works out well for those who have Palmer on their radar and don’t plan on reaching to draft a quarterback.

Entering 2016, Palmer is still surrounded by an excellent entourage of playmakers in Larry Fitzgerald, Michael Floyd, John Brown and J.J. Nelson. Add in the young stud that is David Johnson at running back, and there’s a lot to like here.

Whether Palmer can match the 4,671 yards and 35 touchdowns he tallied last year remains to be seen. What we do know is that he’s in a great position to succeed from a fantasy perspective.

After a down 2014 campaign, Manning actually went undrafted in some fantasy leagues last season. Proving his naysayers wrong, Manning ranked 10th in fantasy points after passing for 4,436 yards and 35 touchdowns.

Likely to be available in the later rounds, Manning makes for a appealing option obviously due to the Odell Beckham Jr. factor. The Giants should be getting Victor Cruz back as well, which will raise Manning’s stock.

In addition to Beckham and Cruz, the team drafted rookie Sterling Shepard in the second round of this year’s draft.

He certainly isn’t the snazziest of fantasy options, but with the improvements the Giants made on defense, Manning stands to improve on last year’s fantasy numbers.