10 best contracts in the NBA today 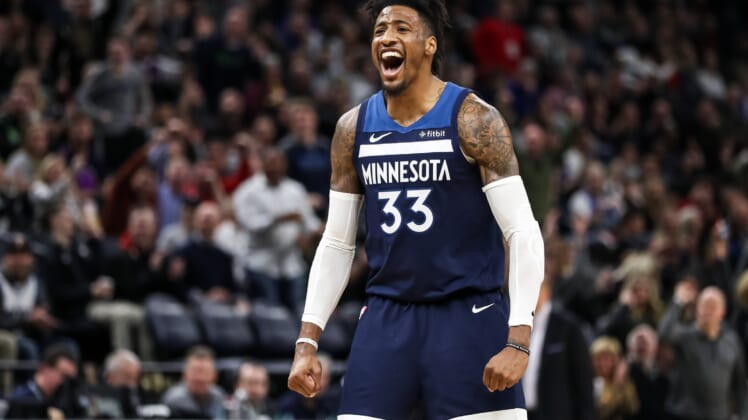 A summer that saw money thrown around at a record clip around the NBA has now given in to the dead part of the offseason.

As teams prepare for the 2019-20 campaign, we’re left wondering if there’s any real team-friendly contracts around the Association. That got us to thinking, especially after the Golden State Warriors signed star forward Draymond Green to a meager four-year, $100 million extension recently.

What are the best contracts in the NBA? How will these contracts define the hardwood next season and moving forward? We give you the answers right here.

LaVine, 24, broke out big time for the Bulls last season. The former Timberwolves first-round pick averaged a career-high 23.7 points to go with 4.7 rebounds and 4.5 assists on 47 percent shooting from the field. He’s going to spearhead a rebirth of sorts in the Windy City moving forward. Chicago boasts a talented young roster with a ton of core pieces. Already among the best two-way guards in the NBA, LaVine’s average annual salary of under $20 million is an absolute steal.

This former All-NBA Defensive Team performer left a lot of money on the table to re-sign with the Clippers during the summer. Just north of $13 million annually for a veteran of this ilk is an absolute steal. Beverley, 31, averaged just 7.6 points, 5.0 rebounds and 3.8 assists last season. But his impact on the defensive end of the court can’t be ignored. Now that the Clippers boast two other elite defenders in that of Paul George and Kawhi Leonard, this should be a lock down unit. Beverley’s contract made all of that possible.

Here’s another player that was impacted by the top-heavy nature of free agency this summer. The lesser-known Curry played an important role in Portland’s run to the Western Conference Finals last season. He also shot at an absurd 45 percent clip from three-point range during the regular season. Despite limited minutes (18.9 per game) last season, Curry had a major impact for the Blazers. He’ll now look to do just that for the Mavericks.

This three-time NBA champion could have received roughly $190 million over five seasons if he had waited until free agency next summer. Instead, he settled for $25 million annually on an extension with Golden State. That’s a bargain in every sense of the term. Green, 29, is a three-time All-Star and five-time All NBA Defensive Team performer. He’s the glue that has held this dynasty together. In fact, the Warriors boast a 365-113 record when Green, Klay Thompson and Stephen Curry are on the court together. That’s now going to be the case for the foreseeable future.

Lopez’ ability to stretch the court played a big role in Milwaukee’s success this past season. The former All-Star big man shot 37 percent from distance during the regular year. It was sorely needed with the Bucks’ struggles from three-point range. Milwaukee rewarded Lopez with a four-year extension that will pay him a mere $13 million per season. Given his ability on offense, this has to be seen as a major bargain.

Yet another bargain during free agency this summer, Ross could have netted a whole lot more on the open market. Instead, the veteran guard inked a deal to remain with Orlando that will pay him a mere $13.5 million annually. Ross, 28, averaged 15.1 points and shot at a 38 percent clip from three-point range last season. He’s among the most underrated defenders in the game, too. Orlando got a real bargain in re-signing the former lottery pick.

When Sweet Lou signed this deal with Los Angeles back in February of 2018, it threw a lot of people around the league for a loop. He’s worth about double what the Clippers are paying the three-time NBA Sixth Man of the Year. Williams countered by indicating that he was happy in Southern California and money wasn’t going to change that. He also responded by putting up 20.0 points and 5.4 assists while shooting 36 percent from distance in his first full season since signing the deal. Yeah, this was a major bargain.

Minnesota might have two of the worst contracts in the NBA (hello, Andrew Wiggins), but it got an absolute steal in Covington after he was acquired in the Jimmy Butler trade. The veteran forward signed this deal with Philadelphia back in November of 2017. It averaged to a little over $11 million per season. Despite being limited to two dozen games in 2018-19, Covington is more than worth this. He earned All-NBA Defensive Team honors two seasons ago and is a career 36 percent three-point shooter.

Philadelphia might have very well found itself a major stud in Richardson after acquiring him from Miami in the Jimmy Butler sign-and-trade. The former second-round pick has improved each and every season he’s been in the NBA. He averaged 16.6 points, 3.6 rebounds and 4.1 assists as a fourth-year player last season. Richardson is also a dynamo on the defensive end of the court. Bringing him in at just north of $10 million annually also helped the Sixers sign All-Star big man Al Horford in free agency.

Despite an injury-plagued 2018-19 campaign that saw him miss 39 games, Barton remains one of the best values in the Association. Remember, he averaged a career-high 15.7 points while shooting 37 percent from distance in 2017-18. Barton is also a tremendous two-way player in that he can match up against three different positions on defense. This makes his four-year, $53 million deal an absolute bargain.